Rielle has a secret: she can control not just one element, which is common in her world, but all of them. When she saves her best friend from a group of assassins, she exposes her hidden talents and the possibility that she may be one of two prophesied queens: One of Blood; One of Light. The Blood Queen is foretold to destroy the world, while the Sun Queen will save it. To prove that she is the Sun Queen, Rielle has to undergo seven elemental trials.

Fast forward a thousand years. Eliana is a ruthless bounty hunter with an unusual ability: she heals incredibly quickly. She believes herself untouchable, but then her mother is kidnapped. She joins forces with a man she was hunting, called the Wolf, as part of a deal: she helps him, and he’ll take her to her mother.

These two very separate plots end up twisting into one story, working forward from Rielle’s perspective and backward from Eliana’s. The chapters switch back and forth between the two characters, and that’s how the story moves along.

The thing is, I had less than zero interest in Rielle’s storyline. While it sounds like it’d be the better of the two, it ends up being really boring. The trials she went through weren’t described well enough for me to picture them in my mind and I found my attention wandering. Before each trial there’s an unneeded description of a “costume” that has been made for Rielle to wear; it feels very much like a Hunger Games throwback to me, and not in a good way. There’s also a poorly written romance that doesn’t jive for some reason.

Eliana’s storyline was much more interesting to me. She’s a very self sufficient character, which isn’t always a good thing, making her flawed and easier to relate to. Her younger brother, Remy, is my favorite character. He is basically her moral compass and I think that’s a really cool idea.

This book unfortunately did something that is a huge pet peeve of mine: two characters, who had been at each other’s throats the entire book, survived something horrific, and immediately decided it was a good time to “go back to his room” to relieve some sexual tension. Okay, yes, I get the relief. But they were both very injured, had a huge story-changing bombshell dropped on them, and hadn’t seen other people they’d been separated from to make sure they were okay. Instead of pausing for breath, trying to figure out what had just happened, or even checking on whether other characters had survived, these two decide to have a make-out session. Ugh!

I did like the concept of working both forward and backward in a story and somehow meeting in the middle, I just wish that both plots were interesting. All in all, it wasn’t a terrible book, but it wasn’t great. It’s a good way to pass time, but don’t expect this one to stick with you. 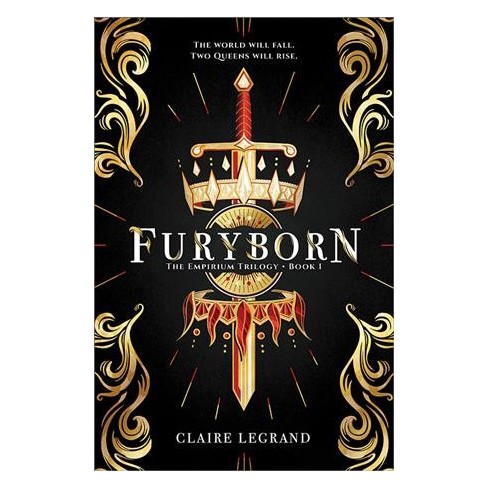 4 thoughts on “Furyborn by Claire Legrand”