This is going to be an odd post, mainly because my thoughts on this book are so divided. I really, really wanted to like this book, since all the main characters are female. Unfortunately, I found it a bit lackluster.

A genderbent retelling of Beowulf, this book follows Frey and a band of three other girls: Runa, Ovie, and Juniper, the Sea Witch. There’s also Trigve, a young man who travels with them. The four girls have been living as Mercies- a group who is paid to give a quick death (usually to those who are dying of disease, etc). Frey decides she’s tired of the Mercy trade and wants to seek out glory by finding and killing the Blue Vee beast. The other girls join her.

One problem that I had with this book is that the pacing seemed very off.  There would be a ton of conversation about something that would either end up being unimportant, or would be resolved quickly and unsatisfactorily. An example of this is the Cut-Queen. There were legends and rumors regarding her all throughout the book, but the actual scenes involving her were only a few pages long and, frankly, boring.

The world in and of itself would make for a pretty cool Dungeons and Dragons setting, but an interesting setting does not a good story make on its own. Out of the four main characters, the only one who felt developed to me was Juniper, the Sea Witch. I honestly kept confusing Ovie and Runa’s skill sets.

There were also a few odd choices that rubbed me the wrong way.  The author spent a lot of time discussing hair. I know, that’s a weird sentence. But she did. Everyone was always braiding and unbraiding hair, discussing genealogies based on hair color, thinking about cutting hair off….see what I  mean? The other thing that was a little off-putting was the amount of times words were italicized to show emphasis. It would happen multiple times on a page and I found it very distracting.

I do think it’s cool that there is a YA retelling of Beowulf: as far as I know, this is the first re-imagining in this genre. However, I recommend that you just read Beowulf (the Seamus Heany translation is fantastic). If you are looking for a good retelling of Beowulf, I suggest you give Eaters of the Dead by Michael Crichton.

Have you read this? Do you agree? 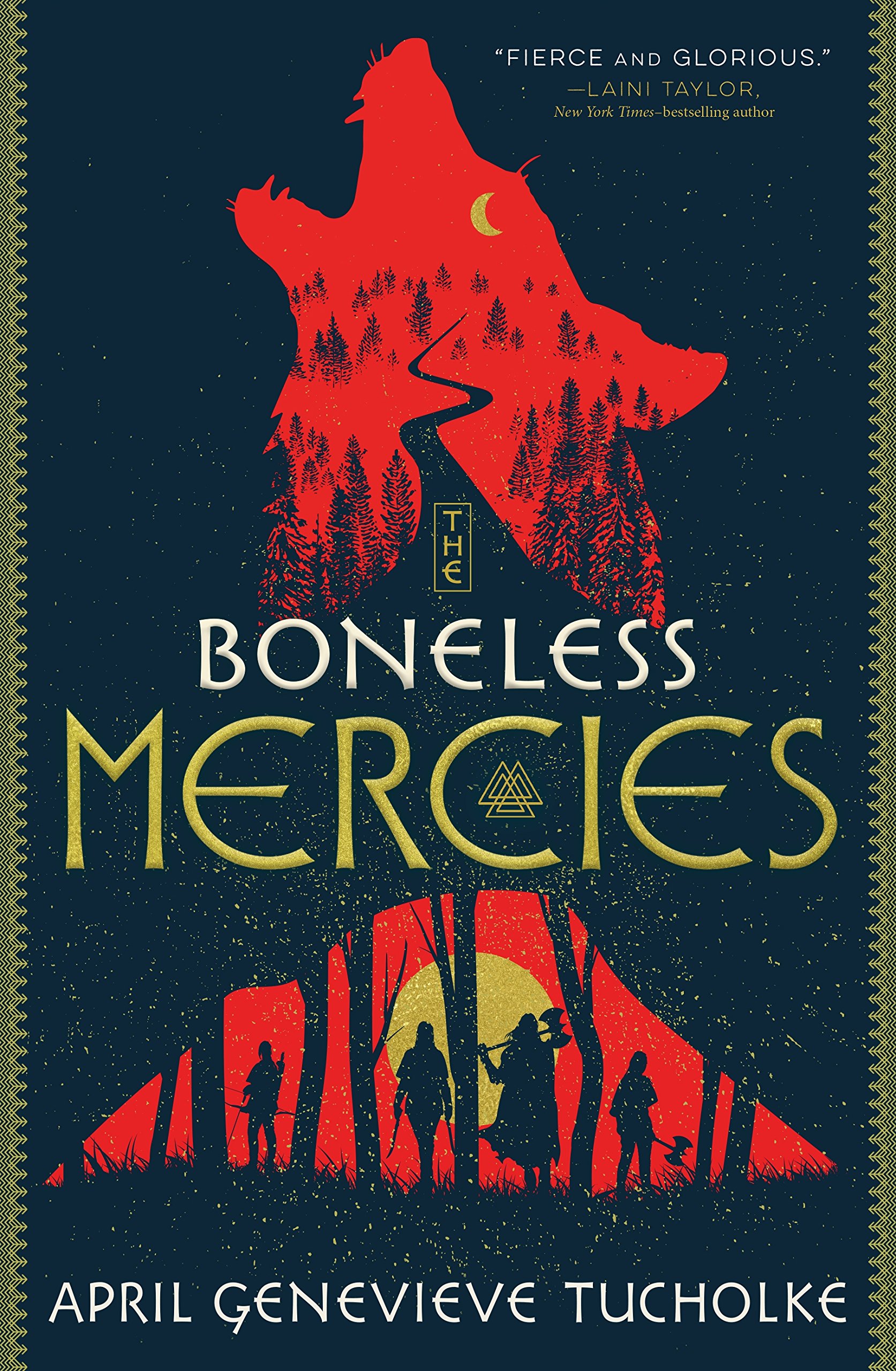 9 thoughts on “The Boneless Mercies by April Genevieve Tucholke”