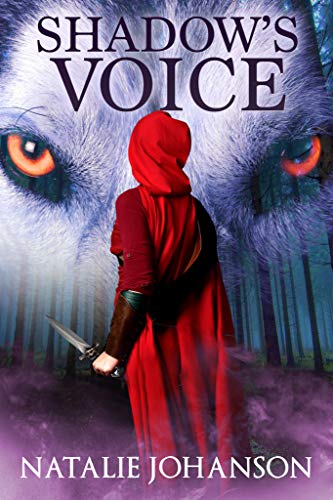 Rose Ula is on the run from her past and anyone who might know her. She wants nothing more than to disappear and live a simple life but when a dying King’s messenger begs her to complete his mission she cannot turn away. Now she must make the dangerous journey to the castle and face capture to get the information to the King. Someone seeks to overthrow the King. Rose must rely on her determination, tenacity, and the very shadow magic she’d hoped to leave in her past; magic most have never seen before.

It soon becomes clear her King’s life is not the only thing in danger as Rose finds herself torn between her desire to run and her desire to help her King; the unassuming man who is inspiring something in Rose that is more dangerous than anything else she can think of…trust. Something about this King has Rose lowering the guards she’s had all her life, telling him secrets no one knows.

Her voyage unfolds into a battle of life and death. Rose must struggle with her own demons and fears to realize who she is and more importantly, to accept who she is. Ancient secrets long forgotten and old magics never known to exist come into play and soon Rose finds herself reliving an ancient conflict long thought gone. The safety of her King and kingdom are at risk; war looms around the corner if she fails. Can Rose face the past that haunts her to gain a future that includes friends, family, and possibly love? Or, will Rose become consumed by the shadows that would claim her? (taken from Amazon)

First, I would like to thank Netgalley for providing me with this book, in exchange for an honest review. I have a few thoughts that I’m going to try to get out in a way that makes sense.

I’ll be honest: I didn’t love this book. I had some problems with the word usage. Several words were used often enough that it was noticeable and distracting. Words such as “drawl,” that are usually used sparingly, if at all, were used quite a lot more than I would have liked. That is just my personal preference. However, I felt that if those words were interspersed with others a little better, they would have been less of a distraction from the book.

It also seemed as if the author has something against using pronouns. Proper nouns were used a lot, even when a pronoun or differently worded sentence would have served better. I don’t know if that’s something the editor would suggest changing, or if it’s just that the author’s writing style didn’t jive with me.

I did like that the story started up right away. This was a fast-paced book, full of action. Rose was tough and self-sufficient, and her brand of magic was incredibly unique. I think what I liked best about the book though, was Micah’s relationship with Rose. He was the most believable of the characters and a good addition to the story.

While far from being a horrible book, it’s probably not one that I’ll go out my way to look for a sequel to.

Have you read it? What are your thoughts?