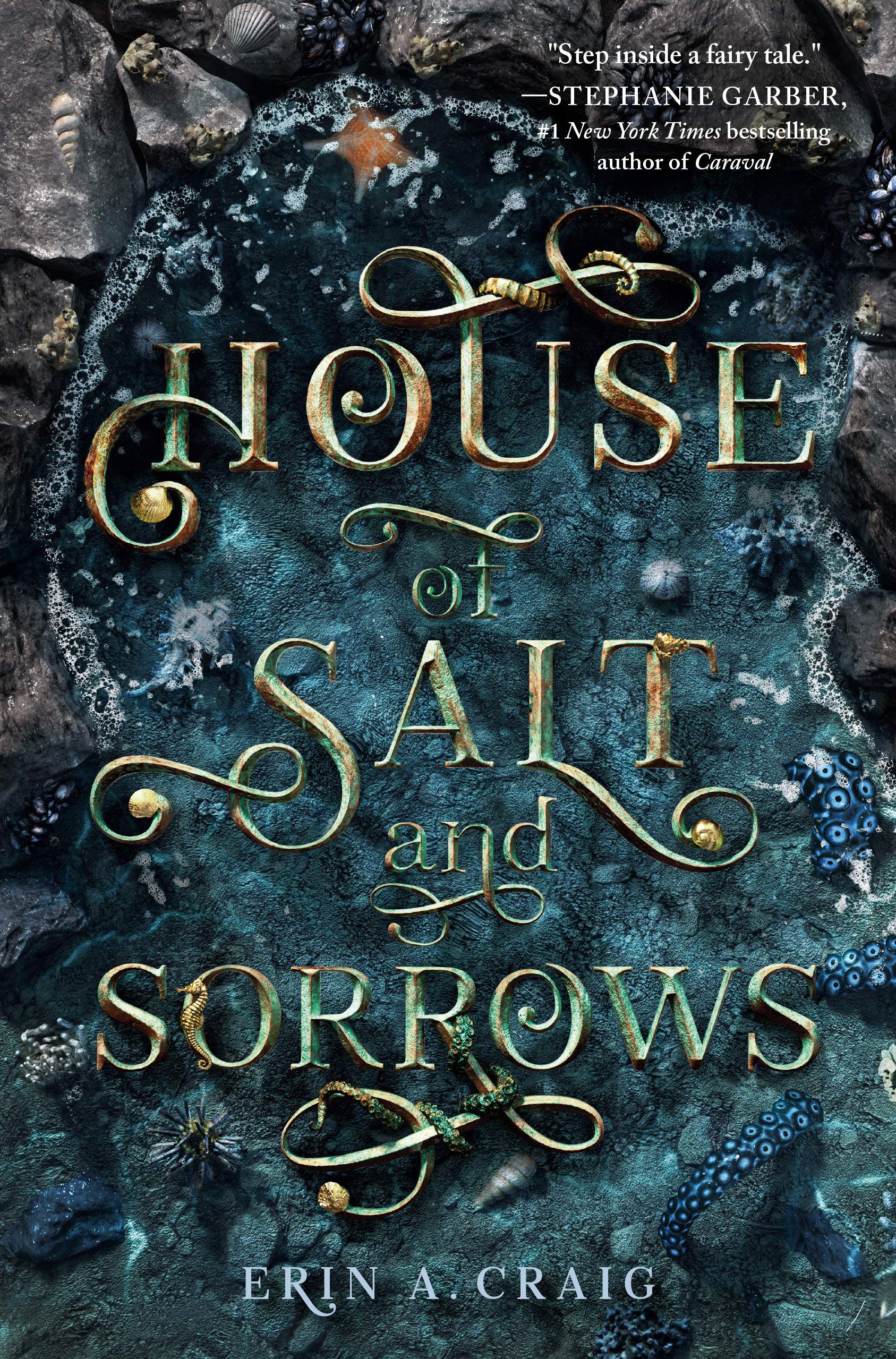 In a manor by the sea, twelve sisters are cursed.

Annaleigh lives a sheltered life at Highmoor with her sisters and their father and stepmother. Once there were twelve, but loneliness fills the grand halls now that four of the girls’ lives have been cut short. Each death was more tragic than the last–the plague, a plummeting fall, a drowning, a slippery plunge–and there are whispers throughout the surrounding villages that the family is cursed by the gods.

Disturbed by a series of ghostly visions, Annaleigh becomes increasingly suspicious that her sister’s deaths were no accidents. The girls have been sneaking out every night to attend glittering balls, dancing until dawn in silk gowns and shimmering slippers, and Annaleigh isn’t sure whether to try to stop them or to join their forbidden trysts. Because who–or what–are they really dancing with?

When Annaleigh’s involvement with a mysterious stranger who has secrets of his own intensifies, it’s a race to unravel the darkness that has fallen over her family–before it claims her next. House of Salt and Sorrows is a spellbinding novel filled with magic and the rustle of gossamer skirts down long, dark hallways. Get ready to be swept away.

“An eerie, lovely Twelve Dancing Princesses retelling full of ghosts and gods and a fascinating waterfront world and I’m reading it from behind my fingers.”–Melissa Albert, New York Timesbestselling author of The Hazel Wood (taken from Amazon)

When I was young, I loved the fairytale The Twelve Dancing Princesses. The version I knew had twelve princesses sneaking out of their locked room through a trapdoor every night, dancing the night away, and waking up the next morning with their shoes worn through. Their father, the king, promises one of his daughters in marriage to the person who can figure out how it’s happening. A prince with a cape of invisibility (no relation to Harry Potter that I know of) follows the girls in disguise, finds out where they’re going, brings proof to the king, and marries the eldest daughter. Of course, there are adventures in between, but that’s the general gist.

House of Salt and Sorrows is incredibly different. There’s a creepy, gothic atmosphere the makes itself known from page one. The author is extremely skilled at taking small things and imbuing them with an eerie feel. There was almost a Haunting of Hill House vibe at times, with ghosts, haunting images, and the disturbing question: What’s real and what isn’t?

I loved the first three quarters of the book. The characters were interesting, and, as I wrote above, I was a big fan of the feel of the book. The setting- a manor by the sea- was perfect. There was an entire mythos built around the small chain of islands talked about in the story, which was pretty stinking cool.

However, the last quarter of the book fell apart. I felt an abrupt shift in how the story was told, and the characters seemed a bit neglected in lieu of moving the plot along. The twists were less than twisty, which was disappointing since there were several moments where I felt like I was supposed to gasp in surprise. Instead, I just thought, “Well, that happened. Moving on.”

The biggest let down for me was the long-winded explanation from one of the characters as a way to catch the readers up on motivations and happenings. I wish there had been a different choice regarding the reveal of information. It felt stilted and rushed.

In the end, what started out as a book I loved ended up being just okay. It’s still worth reading for the creeptastic feel of the first three quarters of the book. Just don’t expect a mind-blowing conclusion.

22 thoughts on “House of Salt and Sorrows by Erin A. Craig”