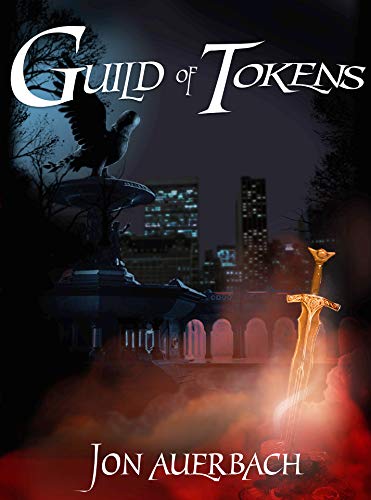 All Jen Jacobs has achieved in life is loneliness. So when she stumbles across a real-life game of epic quests on the streets of New York, she jumps at the chance for some excitement and gold tokens. Little does she know that the items she strives to collect hold a darker purpose…

After a particularly harrowing quest pairs her up with Beatrice Taylor, a no-nonsense and ambitious mentor, Jen hopes she’s on the path to becoming a big-time player. But as she dives deeper into the game’s hidden agenda, she realizes Beatrice has her sights set on the Guild, the centuries-old organization that runs the Questing game. And the quests Jen loves are about to put both of them in grave danger.

Will Jen survive the game before powerful forces cut her real life short? (taken from Amazon)

Thank you to the author for providing me with this book in exchange for my honest opinion. It’s available to purchase now.

I had so much fun with this one! Poor Jen just wanted a bit of escapism, but ended up wondering what was going to do her in first: the Guild or her mentor. At the beginning of the book I thought that it would be a blast to go Questing, but I changed my mind right around the time that, as the movies say, “sh– got real.”

Things escalated the further into the book I got. I was on the edge of my seat for the last half of the book. There are some short stories involving my favorite character that I am planning on checking out as well. Just like Jen, I’ve found myself drawn into the game.

The characters were interesting, the plot fascinating, and the way it all came together was fantastic.

Trust me on this one: you need to grab this book and join the Quest.

2 thoughts on “Guild of Tokens by Jon Auerbach”