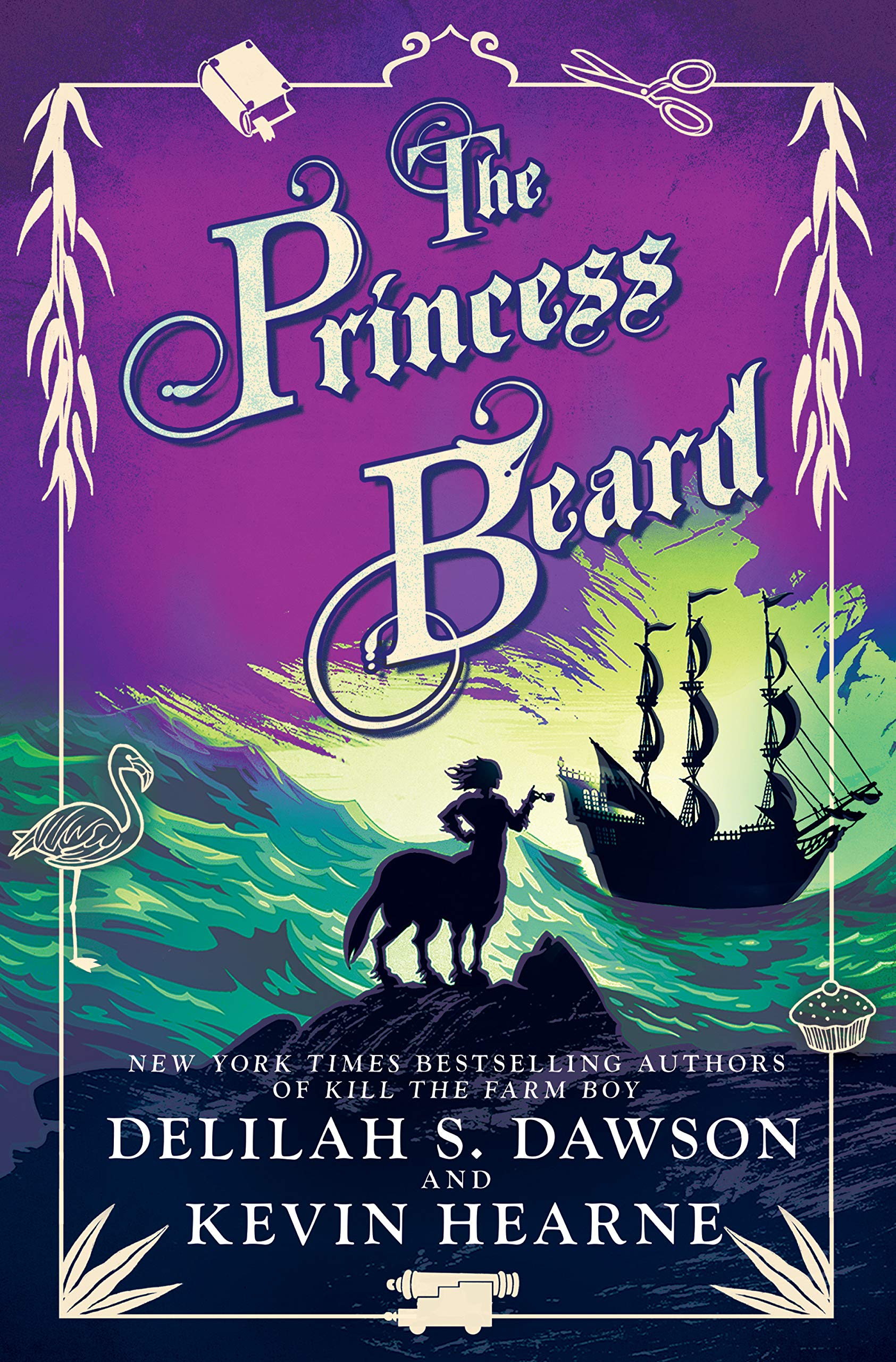 Once upon a time, a princess slept in a magical tower cloaked in thorns and roses.

When she woke, she found no Prince Charming, only a surfeit of hair and grotesquely long fingernails—which was, honestly, better than some creep who acted without consent. She cut off her long braids and used them to escape. But she kept the beard because it made a great disguise.

But these are no ordinary pirates aboard The Puffy Peach, serving under Filthy Lucre, the one-eyed parrot pirate captain. First there’s Vic, a swole and misogynistic centaur on a mission to expunge himself of the magic that causes him to conjure tea and dainty cupcakes in response to stress. Then there’s Tempest, who’s determined to become the first dryad lawyer—preferably before she takes her ultimate form as a man-eating tree. They’re joined by Alobartalus, an awkward and unelfly elf who longs to meet his hero, the Sn’archivist who is said to take dictation directly from the gods of Pell. Throw in some mystery meat and a dastardly capitalist plot, and you’ve got one Pell of an adventure on the high seas!

In this new escapade set in the magical land of Pell, Delilah S. Dawson and Kevin Hearne lovingly skewer the tropes of fairy tales and create a new kind of fantasy: generous, gently humorous, and inclusive. There might also be otters. (taken from Amazon)

Thank you to Netgalley for providing me with this book in exchange for my honest opinion. This will be available in stores on October 8th.

I loved both Kill the Farm Boy and No Country for Old Gnomes (Pell #1 and #2), but this one failed to drum up much enthusiasm for me. That’s not to say I hated it. I just felt very apathetic about it in general. It wasn’t bad, it just…wasn’t.

The Pell books thus far have been highly ridiculous and incredibly punny, which is the kind of humor I appreciate. The Princess Beard kept the jokes coming, but I think that there were so many squeezed in that I didn’t get a chance to appreciate them all. At times, it seemed like the authors were just trying to hard.

It’s unfortunate because the first two books are so stinking funny that I was hoping for a home run on the entire series. However, don’t count these books out. The first two are absolutely worth reading and, even being just so-so for me, the third book is still better than many other satirical fantasies out there. It just wasn’t my thing.

Have you read this? Thoughts?

11 thoughts on “The Princess Beard: The Tales of Pell #3 by Delilah S. Dawson and Kevin Hearne- ARC Review”