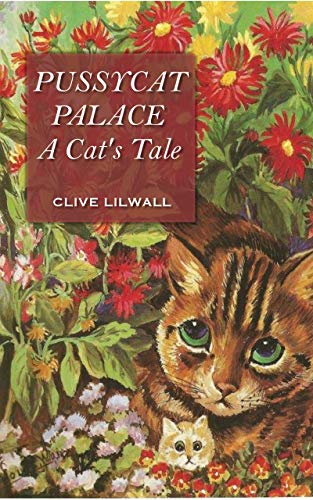 Pussycat Palace is an Animal Farm-like satire on a recent event in American politics.

The incidents are strangely similar to those of the 2016 US Presidential Election involving Donald Trump and Hillary Clinton.

The members of a feral cat colony in Louisiana vote for a new leader. All hell breaks loose when Ace, a hefty outspoken ginger tomcat, fights for supremacy against Catty, a crafty female tabby.

Fake news happens! The influx of immigrant cats into the colony, the roles of males and females, sexual issues and defense against enemies are key election topics.

And the results are just as unbelievable as Trump vs. Clinton in 2016! (taken from Amazon)

Thank you to Netgalley for providing me with this book in exchange for my honest opinion. It’s available for purchase now.

Sardonic and on-the-nose, this book managed to capture the jaw-dropping events of 2016 perfectly. Fyodor was a perfect window into the “election” of the next leader in a cat colony in Louisiana. Watching the lengths these cats went to in order to gain their version of supremacy was eerily familiar to me.

It was told in a simplistic, matter-of-fact style that I found charming. In no way was it pretentious or preachy. Parts of it reminded me of a lighthearted Watership Down. I love that book, so that’s high praise.

I don’t talk politics on my blog as a general rule, but I will say this: if you are a Trump supporter, or lacking in a tongue-in-cheek sense of humor, this book isn’t going to make you happy. Personally, I loved the book.

Sometimes things get to be so unbelievable that it’s ripe for a good parody, which is what happened in this case. This was a good read.

One thought on “Pussycat Palace by Clive Lilwall”

Follow Witty and Sarcastic Bookclub on WordPress.com
Avery @ B for Bookslut