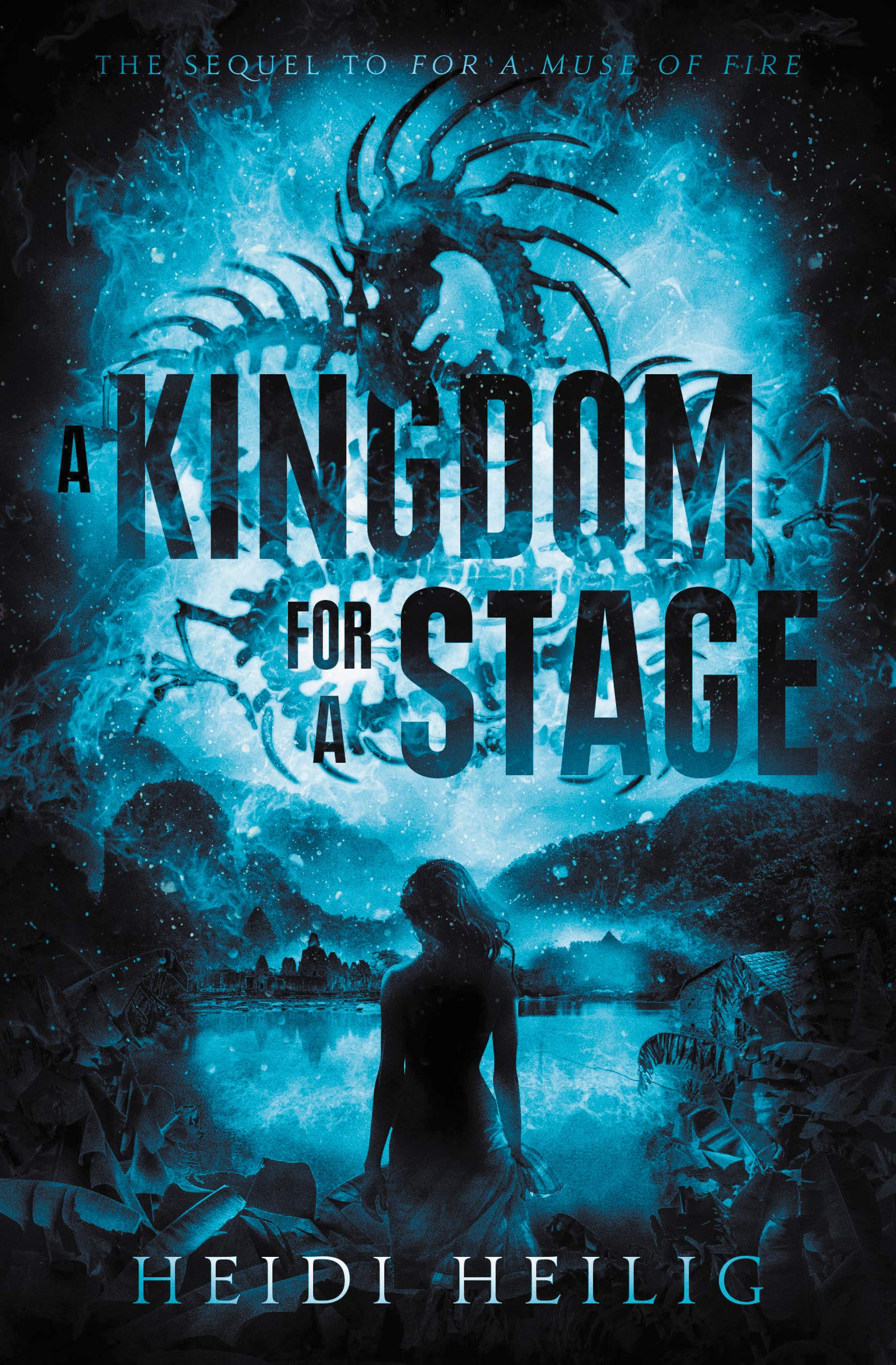 Jetta is a wanted criminal. The army wants her for treason against the crown, for the sabotage of Hell’s Court temple, and for the murder of General Legarde. They also want her for the power in her blood―the magic that captures wandering spirits to give life to puppets, to rocks, to paper . . . to weapons. They’re willing to trade the elixir that treats Jetta’s madness for the use of her blood. The rebels want her, too, to help them reclaim their country. Jetta may be the one who can tip the scales in this war.

But Jetta fears using her power will make her too much like Le Trépas, the terrifying and tyrannical necromancer who once held all Chakrana under his thumb―and who is Jetta’s biological father. She’s already raised her brother from the dead, after all. And scared off Leo, the only person who saw her as she truly is. With Le Trépas at large and a clash between the army and the rebels becoming inevitable, Jetta will have to decide if saving her country is worth sacrificing her soul. (taken from Amazon)

There are spoilers for For a Muse of Fire (first in the series) below. You can find my review for that book here.

Oh man, I loved this book! From the plot-line to the characters, everything was done well. It was a worthy sequel to For a Muse of Fire, which was a huge relief after some of the sequels I’ve read lately.

Jetta is a great character. She’s tough without being cold and emotionless. In fact, her emotions are a big part of what makes her so tough. She has an illness that is most definitely bipolar (as confirmed by the author). I’m sure I’ve mentioned this before, but books that feature mental illness with consideration and respect automatically get extra points from me. This one in particular means a lot, since I also have bipolar. It is a mental illness that is rarely represented in YA, and even more rarely mentioned in the fantasy genre. Heidi Heilig’s choice to not only feature it in a fantasy, but to show both the positive and negative aspects of it is pretty stinking cool. But I digress.

In this book, Jetta has been offered a medication that will help with her illness, in exchange for the use of her blood by the crown. Whoever uses the blood can bind souls to inanimate objects, essentially animating-and controlling-them. The crown wants to use her power as a weapon against the rebels, who Jetta sympathizes with.

The rebels also want to use Jetta. Meanwhile, she’s afraid to use her power at all, worrying that it will make her like her biological father. He’s a monstrous necromancer, and everyone is afraid of what would happen if he- or another like him- came to power.

Of course, there’s also ye random romantic entanglement with Leo, another rebel. I’m not a huge fan of their relationship because it often came across as an unnecessary distraction from the rest of the plot, but I admittedly don’t like most dramatic bookish relationships.

I liked that Heilig didn’t pull punches. I was justifiably concerned about what would happen to some of the characters in the book. I like when an author gives things a sense of urgency, and she does that very well. I raced through this book, enjoying every moment of it.

I feel like this series is very underrated and deserves way more hype. It’s well-written and fast-paced, with memorable characters and an interesting plot. The mental illness representation just pushes it even higher in my esteem. I highly recommend this book.

5 thoughts on “Kingdom for a Stage by Heidi Heilig”