Finishing up my weekly series on mental health and literature is author Fiona West. Thank you so much for contributing!

First, can you tell me a bit about your book?

The Semi-Royal is about a woman who’s under immense pressure, being both a princess third in line to the throne and a widely-renowned doctor. She’s in denial about a lot of things, her attraction to her brother’s best friend being one, and it’s the story of her slowly coming to accept and make peace with herself and her body.

One of things I wanted to explore in this book is the relationship between a woman’s mind and her body. One of the things that frustrates Rhodie is that her body isn’t really under her control…as a doctor, she knows a lot about the body in general, but an event in her past has caused her to lose faith in her body. And I think that’s a connection we don’t talk about enough: a lot of mental suffering is caused by worrying about our bodies and what they look like. I know as someone with a chronic illness, it’s really impacted my relationship with my body. I hated it. I hated that it didn’t do what I wanted it to, I hated that it didn’t do what other people’s bodies did. And over time, I had to learn to see it differently: that a flare wasn’t my body failing me, it was just part of a complicated situation. My body is still keeping me alive, my heart’s still pumping, my lungs are still taking in air. And when I shifted my focus from what my body couldn’t do to what it could, my mental health improved tremendously. I had to learn to re-interpret symptom flares as communication from my body instead of a betrayal. In a word, I had to learn compassion for my own body. I still fail at it plenty, but it’s something I’m working toward, and it’s something I wanted to write about. Mental health is a journey. And even though it’s fiction, Rhodie’s story reflects that. It was a really difficult balance to give her enough progress that we felt her story was resolved and still portray that it was an ongoing struggle for her.

Do your characters go to counseling?

For Rhodie, counseling was necessary. Several members of her family and her boyfriend all try to talk to her about her disordered eating, but she’s so deep in denial that she really can’t believe it until she talks to a professional. She valued his authority. And more than that, I think what she really needed was an outside voice. Someone who wasn’t going to remind her of her royal responsibilities and how this might look to the press. Just someone to come at an issue from another angle, one we can’t get to on our own. In the book, Rhodie likens the experience to one of those paintings that looks like an old woman to some people and a young woman at a mirror to others. That’s what counseling has been to me: just a different perspective on my own life. And it did help her. It gave her a way to move forward in repairing her relationship with her body. It was slow, of course, but so many good things in life are.

Have you had any experience with counseling? How has it affected you?
I still remember when I was about fourteen, I was going through my mother’s planner looking for a phone number (remember when people had paper planners? Good times.). On her calendar, she’d written ‘counseling’ on the month’s agenda. Being helplessly curious, I paged back: she’d been going for months. When I asked her about it, she gently told me that the counselor was helping her and my dad work through some things in their marriage and that it was nothing to worry about. That it was, in fact, proof that they were going to make it. (Spoiler alert: they’re celebrating 45 years in May.)
That’s the shift we need to make as a culture: throwing away the idea that counseling is a busted bucket for a sinking ship and instead see it as the personal flotation device that we keep with us, just in case. When I went on a cruise, we all stood around in the bar, doing the drill about what to do if there’s an emergency. But we didn’t throw our life vests overboard after that. Those devices are good for all kinds of things: kids who can’t swim, snorkeling trips, a cushion for your butt on a hard bench. We kept them in their designated spot in our cabins, close at hand. That’s how I want us to think about counseling: a tool for the right situation. I’ve met with a counselor once: sometimes, once was enough. It got me through that storm, helped me get my boat rightside up again. I’ve met with other counselors for several months: those issues were deeper. Sometimes, a hug from a friend or a listening ear was enough. Sometimes, just a good jungle yell and a cry was enough. But it’s silly that we still talk about counseling in hushed tones instead of getting on the roof and letting everyone know how much it helped. Let me start: it helped me, and while I can’t speak for others, I think it’s something worth trying, even before it’s an “emergency.” Do a drill: try it on and see how it feels.

As a writer, how do you feel about mental health portrayal in literature?

What’s saddest to me in literature is when poor mental health is depicted as some kind of moral failing by a degenerate soul. There are so many factors that go into our mental health, but one of the most poignant ones is the story of leaded gas. In his article, “How Lead Caused America’s Violent Crime Epidemic,” Alex Knapp writes that “every country studied has shown [a] strong correlation between leaded gasoline and violent crime rates. Within the United States, you can see the data at the state level. Where lead concentrations declined quickly, crime declined quickly. Where it declined slowly, crime declined slowly. The data even holds true at the neighborhood level – high lead concentrations correlate so well that you can overlay maps of crime rates over maps of lead concentrations and get an almost perfect fit….decades of research has shown that lead poisoning causes significant and probably irreversible damage to the brain. Not only does lead degrade cognitive abilities and lower intelligence, it also degrades a person’s ability to make decisions by damaging areas of the brain responsible for ‘emotional regulation, impulse control, attention, verbal reasoning, and mental flexibility.’” If we’re demonizing people for needing help or writing them off as “crazy,” we may never help them identify the other underlying causes, such as environmental toxins, that might be affecting their health. This is just one example, but it indisputably shows why we need to think more deeply about it as a culture, which is why I’m grateful to Jodie for starting the conversation here. (You rock, Jodie.)

Fiona West is the author of The Semi-Royal, among other books. Look for her work on Amazon. 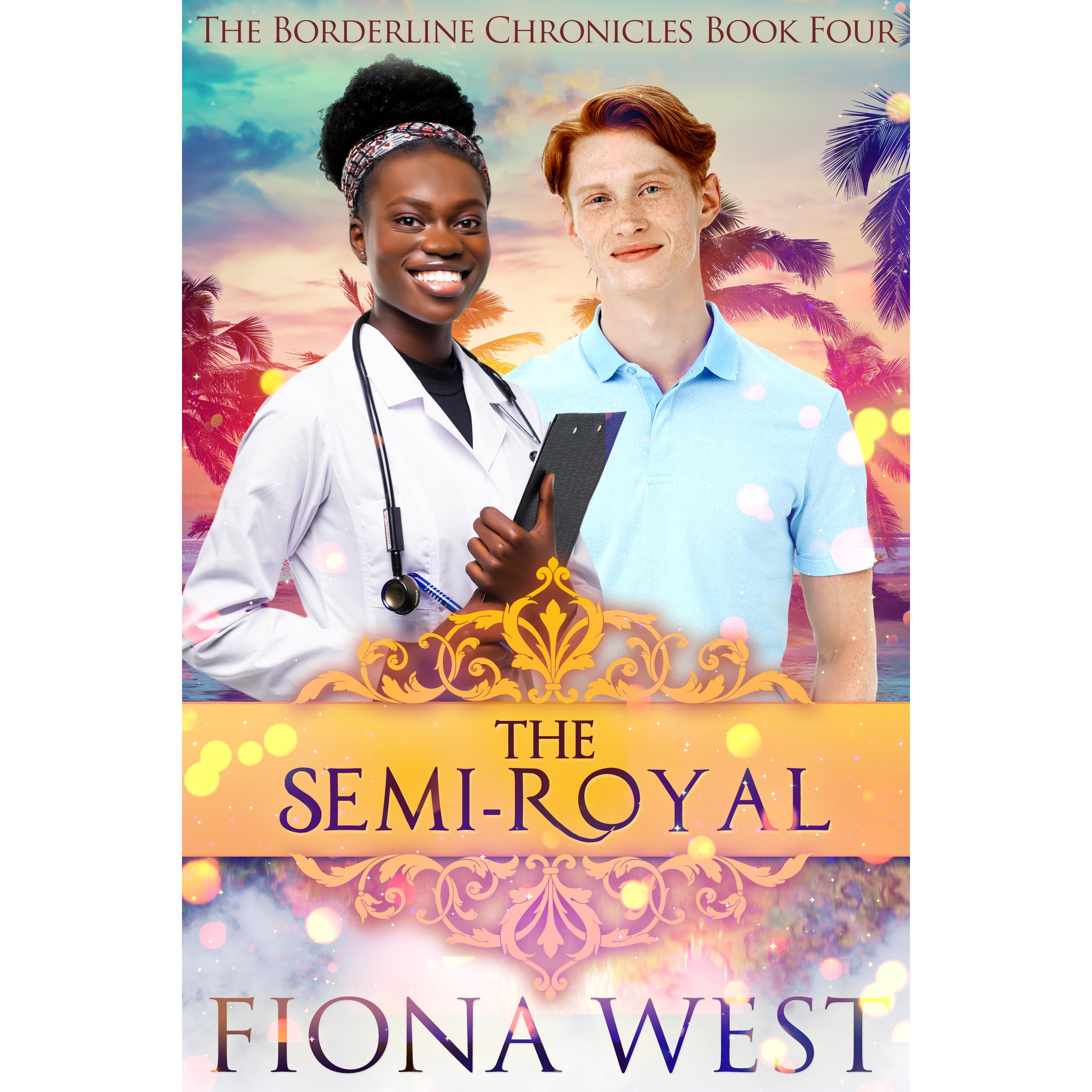 One thought on “Mental Health in Literature: A Conversation with Author Fiona West”