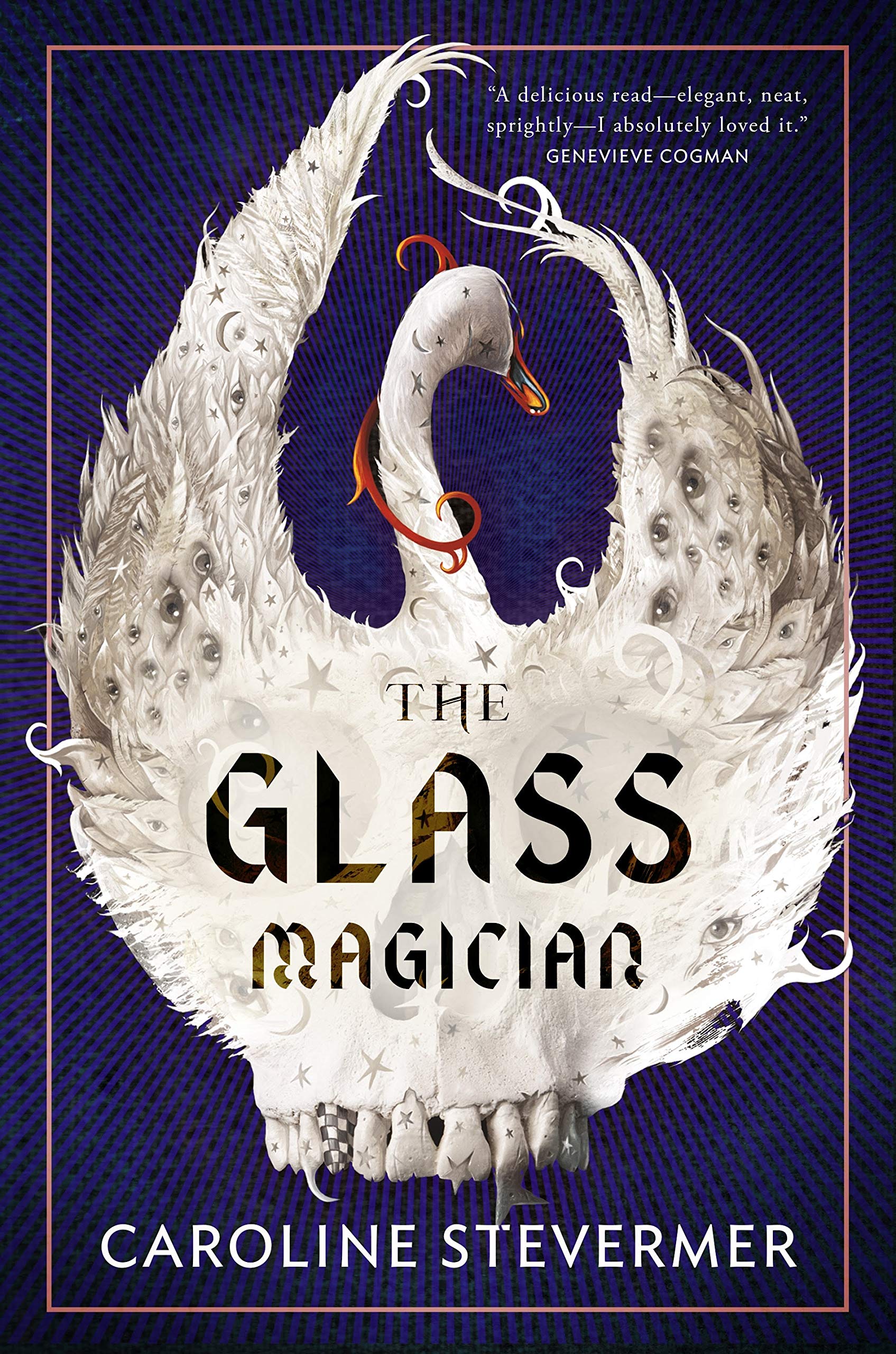 New York 1905―The Vanderbilts. The Astors. The Morgans. They are the cream of society―and they own the nation on the cusp of a new century.

Thalia Cutler doesn’t have any of those family connections. What she does know is stage magic and she dazzles audiences with an act that takes your breath away.

That is, until one night when a trick goes horribly awry. In surviving she discovers that she can shapeshift, and has the potential to take her place among the rich and powerful.

But first, she’ll have to learn to control that power…before the real monsters descend to feast. (taken from Amazon)

Thank you to Netgalley for providing me with this book in exchange for my honest opinion. This book will be available on April 7th.

In The Glass Magician, there are three types of castes: Solitaires, Sylvestri, and the top-rung, Traders. Thalia, the stage magician, is a Solitaire, meaning she has no special abilities- until the day she discovers that she is a Trader, part of the caste that can change into animals. That knowledge changes everything for her.

I enjoyed the idea of the three classes and how they interacted. The author obviously put a lot of thought into how things would work in her world. I do wish that the Sylvestri had been explained a little more- I’ve kind of inferred their function, but they weren’t mentioned quite as much as the other two.

I have to be honest, I spent the first third of the book incredibly bored. I kept waiting for something to happen, but not much did for quite a while. Thalia was an uninteresting character, so I struggled to keep my mind from wandering while I read. Thalia both hated and envied the money that others had, which was an understandable juxtaposition.  It was honestly the most interesting character trait she had.

Right when I was ready to give up, the book picked up a little. Thalia found herself swept up in a mystery which added a sense of fun that the first part of the book was missing. It kind of wound down again at the end, though. I really felt that the ending was lacking something.

Altogether, this book wasn’t for me. It felt like it was a great idea that just needed to be fleshed out a little more. A teensy bit of work on the pacing would go a long way toward making this book much more enjoyable.

2 thoughts on “The Glass Magician by Caroline Stevermer- ARC Review”