May fourth is lovingly known as Star Wars Day (“May the 4th be with you, always”) to fans of the movies. Even though Firefly is my jam, I still have some love for Star Wars, as does my husband and kids. In honor of the day, here’s a list of Star Wars favorites in our house:

The Thrawn trilogy by Timothy Zahn:

From Book 1: It’s five years after the Rebel Alliance destroyed the Death Star, defeated Darth Vader and the Emperor, and drove the remnants of the old Imperial Starfleet to a distant corner of the galaxy. Princess Leia and Han Solo are married and expecting Jedi twins. And Luke Skywalker has become the first in a long-awaited line of Jedi Knights.

But thousands of light-years away, the last of the Emperor’s warlords, Grand Admiral Thrawn, has taken command of the shattered Imperial fleet, readied it for war, and pointed it at the fragile heart of the New Republic. For this dark warrior has made two vital discoveries that could destroy everything the courageous men and women of the Rebel Alliance fought so hard to build. (taken from Amazon)

My husband and I both loved these, although I must admit it’s been a while since I’ve read them. I am not sure if they’re still considered canon, but I don’t care all that much: good is good.

After devastating losses at the hands of the First Order, General Leia Organa has dispatched her agents across the galaxy in search of allies, sanctuary, and firepower—and her top spy, Vi Moradi, may have just found all three, on a secluded world at the galaxy’s edge.

A planet of lush forests, precarious mountains, and towering, petrified trees, Batuu is on the furthest possible frontier of the galactic map, the last settled world before the mysterious expanse of Wild Space. The rogues, smugglers, and adventurers who eke out a living on the largest settlement on the planet, Black Spire Outpost, are here to avoid prying eyes and unnecessary complications. Vi, a Resistance spy on the run from the First Order, is hardly a welcome guest. And when a shuttle full of stormtroopers lands in her wake, determined to root her out, she has no idea where to find help.

To survive, Vi will have to seek out the good-hearted heroes hiding in a world that redefines scum and villainy. With the help of a traitorous trooper and her acerbic droid, she begins to gather a colorful band of outcasts and misfits, and embarks on a mission to spark the fire of resistance on Batuu—before the First Order snuffs it out entirely. (taken from Amazon) 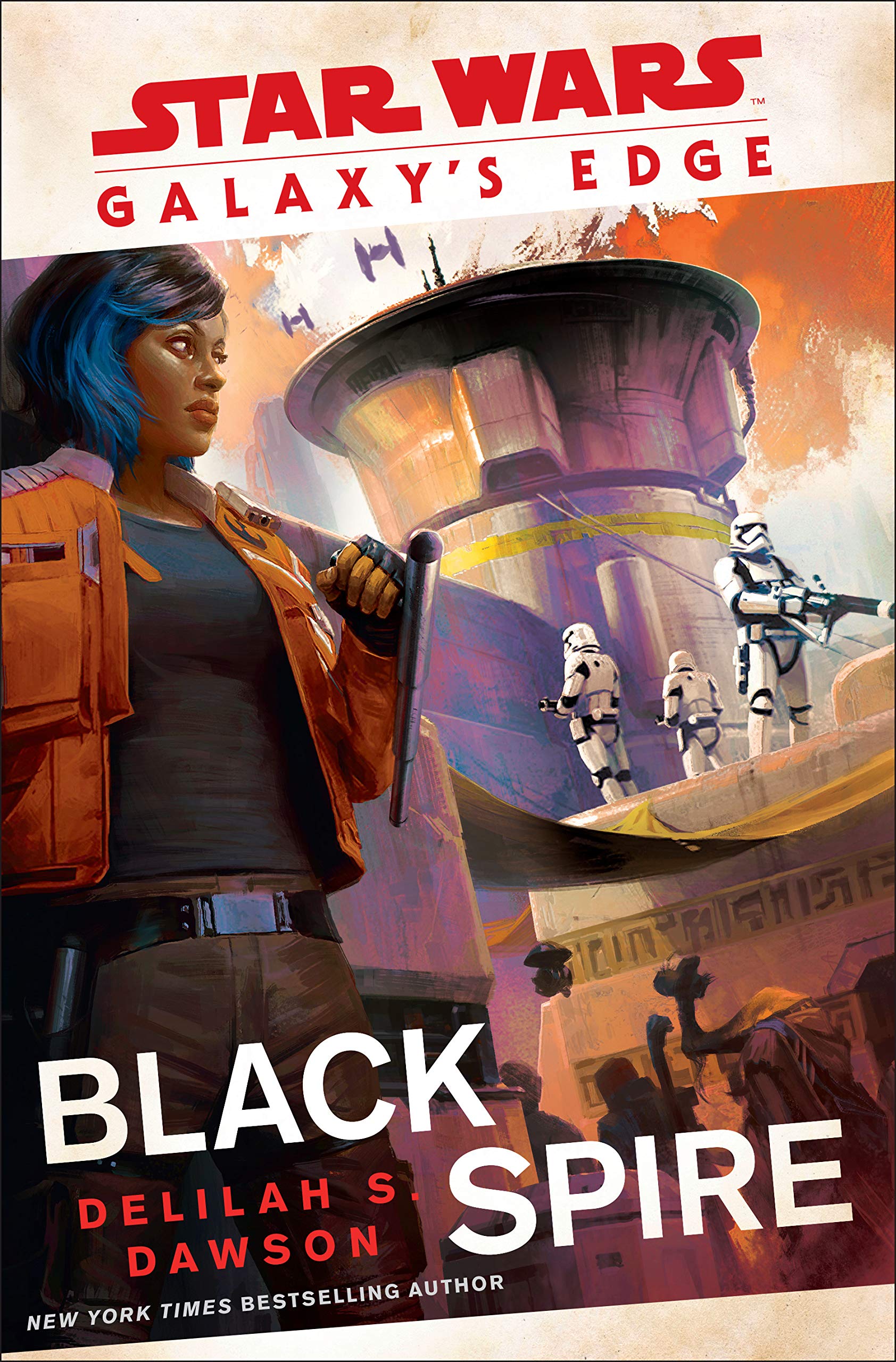 Delilah S. Dawson is a fantastic writer. I really enjoyed Kill the Farm Boy, so of course her take on Star Wars is worth reading. My oldest loved it.

Wookie the Chew by James Hance

‘Wookiee The Chew’, in the style of the original Pooh books tells the adorkable tale of the little biped that belonged to Chrisolo Robin (and Chrisolo Robin belonged to him). 24 pages of affectionately crafted adventure, brand new b&w illustrations and sneaky Star Wars references- a tribute to the combined genius of George Lucas, A.A.Milne and E.H.Sheppard. Suitable for jedi apprentices of all ages! (taken from jameshance.co) Let’s all pause for a collective “Aww”. This book is as absolutely adorable as it looks. It’s great for any age, and is definitely worth the read.

Not so long ago, in a middle school not so far away, a sixth grader named Dwight folded an origami finger puppet of Yoda. For class oddball Dwight, this wasnt weird. It was typical Dwight behavior. But whatis weird is that Origami Yoda is uncannily wise and prescient. He can predict the date of a pop quiz, guess who stole the classroom Shakespeare bust, and save a classmate from popularity-crushing embarrassment with some well-timed advice. Dwights classmate Tommy wonders how Yoda can be so smart when Dwight himself is so clueless. With contributions from his puzzled classmates, Tommy assembles this first case file in the blockbuster bestselling Origami Yoda series, hailed bySchool Library Journal as honest, funny, and immensely entertaining. (taken from Amazon) 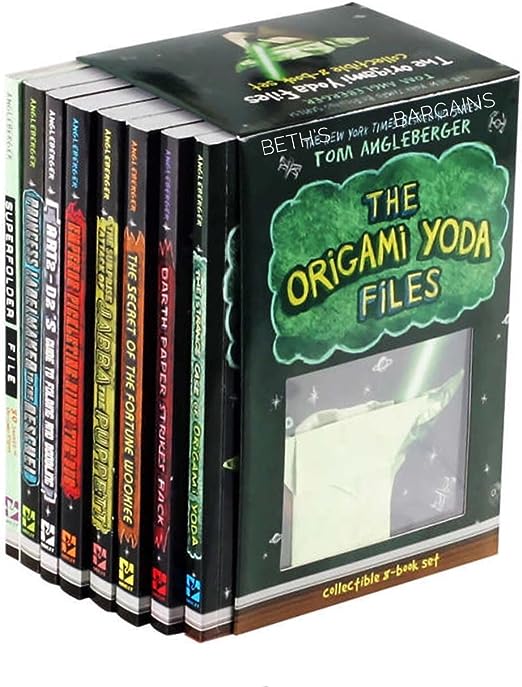 Oh, the hundreds of origami Star Wars creations that have graced our house since my oldest discovered this series! These books are a lot of fun, and the step-by-step directions for making your own origami Star Wars characters inspire creativity. Plus, Tom Angleberger rocks: my oldest has written him two fan letters, and Tom responded both times! It meant the world to my oldest (it means a lot to me too).

It’s time for a Star Wars bedtime story in a galaxy far, far away, and Darth Vader’s parenting skills are tested anew in this delightful follow-up to the breakout New York Times Star Wars books bestsellers Darth Vader™ and Son and Vader’s™ Little Princess. In this Episode, the Sith Lord must soothe his rambunctious twins, Luke and Leia—who are not ready to sleep and who insist on a story. As Vader reads, the book looks in on favorite creatures, droids, and characters, such as Yoda, R2-D2, Han Solo, Chewbacca, Darth Maul, Admiral Ackbar, Boba Fett, and many others as they tuck in, yawn, and settle down to dream. As ever, Jeffrey Brown’s charming illustrations and humor glow throughout, playing on children’s book conventions to enchant adults and kids alike. This Star Wars makes a fun, unique pregnancy gift, a new Dad gift, or funny new parent gift! (taken from Amazon) 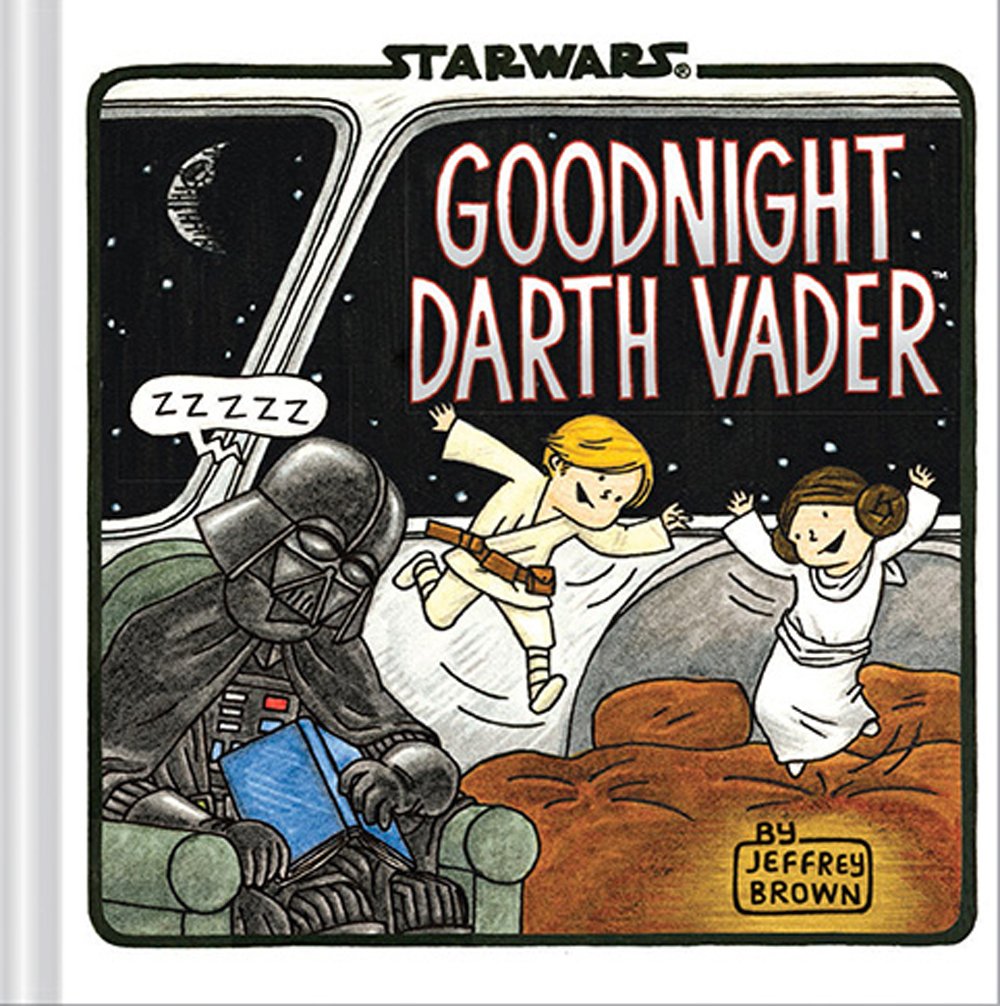 There are several Star Wars books like this by Jeffrey Brown, but I read Goodnight Darth Vader first. It’s a lot of fun, and the illustrations are so cute!

ONE, TWO, THREE, FOUR
Counting with Star Wars is hardly a chore!
From the chosen ONE to a transport of TWENTY
This book is full of numbers aplenty!
So, Padawans, prepare, get ready, get set
For a numerical lesson you’ll never forget! (taken from Amazon)

My toddler tornado loves this book for the colorful pictures, and the fun rhymes. I love it because it actually goes up to twenty, instead of stopping at ten, which is rare in counting books. It made teaching number recognition easier and more fun.

What are some Star Wars books you love? Have you read any of these? May the 4th be with you!

19 thoughts on “May the 4th Be With You: Star Wars Literature is Strong with this One”