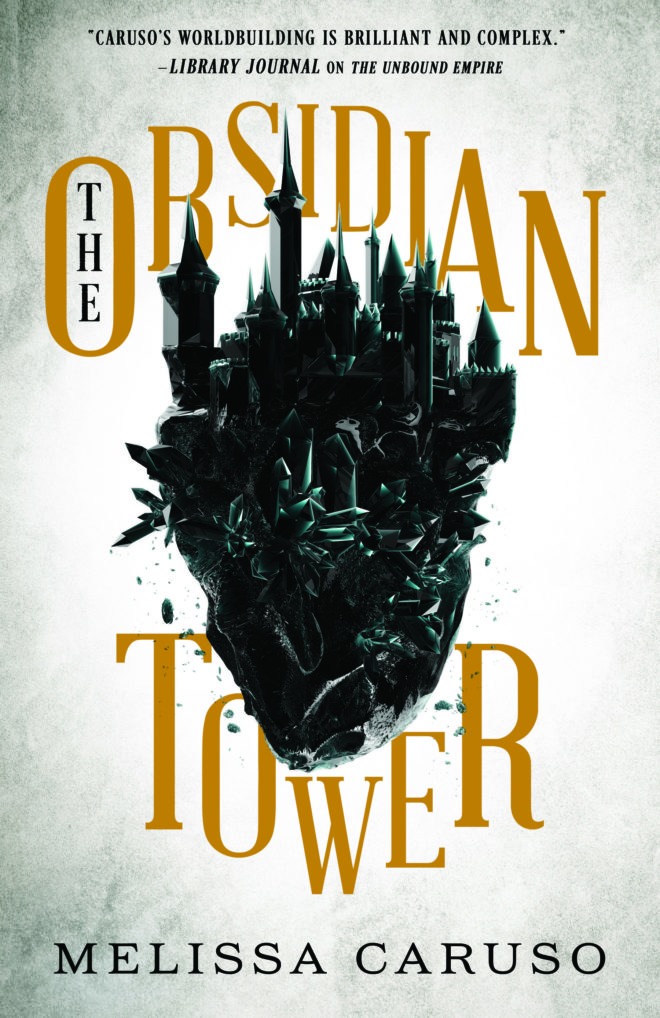 One woman will either save an entire continent or completely destroy it in a captivating epic fantasy bursting with intrigue and ambition, questioned loyalties, and broken magic.
“Guard the tower, ward the stone. Find your answers writ in bone. Keep your trust through wits or war–nothing must unseal the door.”
Deep within Gloamingard Castle lies a black tower. Sealed by magic, it guards a dangerous secret that has been contained for thousands of years.
As Warden, Ryxander knows the warning passed down through generations: nothing must unreal the Door. But one impetuous decision will leave her with blood on her hands–and unleash a threat that could doom the world to fall to darkness. (taken from Amazon)
Thank you to Netgalley for providing me with this book in exchange for my honest opinion. This book will be available on June second.

This book was a mixed bag for me. There were things I liked, and other things that just didn’t work. You can’t please everyone all the time, you know? I’ll talk about the good, the not-so-good, and the annoying.

First of all, I liked most of the characters. The main character, Ryxander, confused me with her odd choices (if there’s something actively dangerous going on, maybe save the half-hearted attempts at diplomacy for later?), but the supporting characters were great. I really enjoyed Foxglove and Ardith. They were both so unique in their own ways. Ardith, in particular, was a blast to read. They had a devil-may-care attitude that just might have covered something far deeper. It was an intriguing thought.
The magic system in the book was fascinating. I liked that Ryxander had an incredibly strong power, but it was considered “broken” because it was so dangerous and impossible to control. Seeing how that power affected her negatively, as well as anyone else unfortunate enough to be caught in its path, was really cool.
The idea of a dangerous secret lurking deep within a castle was an interesting one, and the actuality of the secret was really cool. It was not at all what I expected. Where things went from there, though…
I felt like I spent the majority of this book waiting for something to happen, with no payoff. There were so many times where I thought, “Ah! This is it! It was all setup and now I get to see why!,” only to find more exposition, and more reiteration of the same political situation. There’s a possibility that it will all pay off in the second book, but I don’t know if I want to take that chance.
I also could not get a handle on Ryxander. She seemed to be very smart, but only in one aspect. Most of her choices left me scratching my head (metaphorically, of course). I didn’t understand why she prioritized things that were less of an immediate problem, as opposed to serious dangers.

One last thing that rankled at me: the use of the word “chimera” for creatures that were truly anything but. Now, this is a problem with me, not with the book. A chimera as I’ve always read it is a two-headed monster (one is a goat head, the other a lion head) with a snake’s head as the tail. While the chimeras in this book were incredibly creative, I wish they’d been called by any other name. Again, this is just an issue with my weird fantasy hang-ups and in no way affects the quality of the writing.

Overall, this wasn’t a bad book, it just wasn’t for me.
Advertisement

10 thoughts on “The Obsidian Tower by Melissa Caruso- ARC Review”