Today I get to learn a little bit more about author M.D. Presely, and his fantasy series, Sol Harvest. Thanks for taking the time to answer my questions!

First, why don’t you tell everyone a little bit about the Sol’s Harvest series?

Well, Sol’s Harvest is the unholy amalgamation of Airbender mixed with True Detective and a heaping helping of an American Civil War documentary. It’s a flintlock fantasy that takes place in a secondary world that very much mirrors the Reconstruction Era in US history. So pretty far off the beaten path in terms of fantasy. In it a spy who was captured and forced to fight against her homeland is tasked with escorting a catatonic child into enemy territory to assassinate the girl’s father. Plus, you know, psychic exoskeletons, airships, and monsters made up of the breath of their dead god.

What first inspired you to write? What drew you to writing fantasy?
I’ve always been attached to fantasy and always wanted to be a screenwriter, which were diametrically opposed for many years since fantasy is so expensive to shoot. So Sol’s Harvest is the story I always wanted to tell and knew damn well that no producer would ever invest in. So I invested my own time and money to write the story exactly as I wanted for a change.

When working on a book, what comes first for you–the characters or the plot?
Characters, plot, and world are all pretty simultaneous for me in that one always feeds into the other, which ends up influencing the first, which then works its way back around. In this case I cannibalized a lot of existing ideas of mine: I made the world as a thought experiment a few years before, the protagonist was an idea I had in college but couldn’t ever get to work in a story, while the non-linear plot was inspired by True Detective. And once I thought about those three together, they sort of clicked and began creating a feedback loop that tied them all together.

Did you base any of your characters on yourself in any way?
Parts of me are reflected in all the characters, but I will say that Marta’s core component of clarity that descends upon her when she gets angry is one of my own traits. I swear I could rule the world if I were angry enough, which is unfortunate since I’m pretty laid back.

What was the hardest character or part to write?
Inhuman entities with lifespans that don’t match our own. So much of our own understanding is based upon how long we expect to live, so when you suddenly change that it reshapes the character’s entire worldview. It makes them alien to a certain extent, which you then have to explain to the audience in human terms.

Is it easier for you to write a villainous character or a hero? Which is more fun?
Villains are almost always more fun, although they aren’t really as satisfying since they aren’t as constrained as heroes are. Heroes (usually) have to abide by a moral code, which makes everything more difficult for them. This in turn (if done right) means the hero is more dramatically satisfying

Are you a “pantser” or a “plotter”?
I am 100% grade-A plotter in that I write out reams of paper ahead of time detailing the characters, plot, and world. It’s a carryover from being a screenwriter where page space is limited and every detail counts. You can’t waste space figuring your story out on the page that way, so you have to get it all down before you start writing. At least I do.

You have also written books about fantasy worldbuilding. I love rpg’s and creating fantasy worlds and I think that is SO COOL! How did your knowledge of world building affect your novels?
I’ve not written a novel since I did that deep delve into worldbuilding, so it’s a little difficult to answer. But I did just get off a call with some producers where they signed off on all the character and plot points, but got completely stymied when it came to the rules of the worldbuilding. For fantasy and science fiction in particular, worldbuilding is part of what sells audience on the genre in the first place, and now that I have that in mind, I really want to make my worlds more vibrant, consistent, and inviting. Because, I realized, unlike plot and characters, great worldbuilding does not suffer from diminishing returns. In fact, it gets better the more times you consume it, which means great worldbuilding should ensure multiple consumptions. Which hopefully means more money…

This may sound trite, but I find it’s best not to ever get out of the zone. I always compare writing to cycling in that, once you get up to cruising speed, it’s not much effort to maintain that speed. But if you have to stop, you then have to expend a ton of energy to get back up to that speed you were so effortlessly maintaining just a few minutes ago. I’m in no way saying don’t take breaks, but it’s a lot easier to be consistently tuned in to writing if you never tune out.

Favorites are hard to decide on because you can judge them by a lot of criteria like most influential (Sandman), or the one that caused the most emotional reaction (The Brothers Karamazov), or the one that you could just devour the prose with a spoon (The Great Gatsby). So I’ll just say that the book I’ve read the most is Goodnight Moon.

Never passing up the opportunity to speak about himself in the third person, M.D. Presley is not nearly as clever as he thinks he is. Born and raised in Texas, he spent several years on the East Coast and now waits for the West Coast to shake him loose. He has worked as a screenwriter and managed an amazing team of coverage readers. His favorite words include defenestrate, callipygian, and Algonquin. The fact that monosyllabic is such a long word keeps him up at night.

One thought on “Self-published fantasy authors: an interview with M.D. Presley” 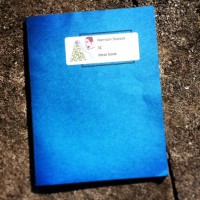