Banished to an otherworldly prison for centuries, the monstrous Emperor Naradawk is about to break free and wreak havoc upon the world of Spira. The archmage Abernathy can no longer keep Naradawk at bay, and has summoned a collection of would-be heroes to help set things right.

Surely he made a mistake. These can’t be the right people.

Dranko is a priest-turned-pickpocket, expelled from his church for his antics. Kibilhathur is a painfully shy craftsman who speaks to stones. Aravia is a wizard’s apprentice whose intellect is eclipsed only by her arrogance. Ernest is a terrified baker’s son. Morningstar is a priestess forbidden from daylight. Tor is a young nobleman with attention issues. Ysabel is an elderly farm woman. Grey Wolf is a hard-bitten mercenary.

None of them are qualified to save the world, but they’ll have to do. Even Abernathy himself seems uncertain as to why he chose them.

What starts with a simple scouting mission soon spirals into something more far-reaching and sinister. The heroes will contest with dream warriors, evil cultists, sentient gemstones, and a devious yet infuriatingly polite gentleman with a perfect mustache, on their way to a desperate encounter with the unstoppable: The Ventifact Colossus. (taken from Amazon)

Thank you to the author for providing me with this book in exchange for my honest opinion. It’s available for purchase now.

One of the things I love about fantasy is that you can take a commonality – like a group of unlikely heroes – and make it something new and different. In The Ventifact Colossus, author Dorian Hart created a world that is full of adventure and heart. Brace yourselves, folks: this is going to be a rave.

Where should I start? First of all, the characters were fabulous. The book opens with Dranko, a priest-turned-thief who just happens to also be part human, part goblin. He’s bristly, but a good guy underneath a tough exterior. You can tell he’s been kicked around by life a bit. He finds himself with an unexpected new employer: a wizard who has gathered a ragtag group of possible-heroes. Dranko ends up traveling with several others, each with their own personality and struggles, in an attempt to prevent a very bad thing (no spoilers from me). However, as much as I loved the storyline, it was the well-written characters that won me over.

There is a three-way tie for my favorite characters. Yes, I know that’s a bit ridiculous, but I can’t narrow it down more than that. I thought Dranko was fascinating and had hidden depth. Every time I thought I figured him out, a new facet of his personality would be revealed. I also loved the kindly older woman, Mrs. Horn. She was so sweet, but had a steel backbone. She wasn’t a fighter, like some of the others, nor was she a healer, but her role was vital to the group nonetheless. And Ernie! Oh, how I loved that character! He was a jumble of low self-esteem and a huge heart. Watching his character grow and evolve was so much fun!

I love how interconnected everything was. One thing would have ramifications for others that I never saw coming. It was never done just for convenience though, and the world never felt small. On the contrary, the world was vast and felt Tolkien-esqe (ish?) in that I knew there were things left undiscovered and yet to be experienced. I’m very excited to be continuing the story in book two.

Perhaps my favorite thing about The Ventifact Colossus is its underlying theme of hope and the goodness of people. Don’t get me wrong: the stakes are high, and the author definitely loves making the reader emotional (I’m still salty about a particular scene), but the pages didn’t scream, “Doooommmm!” at me every time I opened the book.

This is the sort of book that reminds me why fantasy is my favorite genre. Come for the adventure, stay for the amazing characters. I highly recommend this one.

12 thoughts on “The Ventifact Colossus by Dorian Hart” 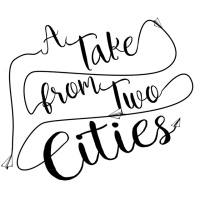