I’m so excited to be able to talk about D&D with author Rob Edwards today! Thank you for taking the time to chat with me!

Will you tell me a little bit about your book, The Ascension Machine?

It’s a science fiction superhero novel, in which a young grifter impersonates a guy and in the process winds up enrolled at a college for alien superheroes. Grey, as he starts calling himself, stays for the novelty, but despite himself finds friends, and a place he belongs. It’s all based on his lie, so to stay at the Justice Academy Grey has to keep lying, even to his new friends. Things escalate, the team end up fighting gangsters and aliens, and investigate strange goings on. It’s an adventure romp with a large cast of characters all dealing with the difficult adjustment of starting college… with super powers.

How about your history with ttrpgs? When did you first start playing, and what drew you to it?

In 1983 I was about 12 or 13, and I came across an advert in some comic books which I became kind of obsessed with. A party of adventurers explore a dungeon, battle a monster then encounter some green slime. I cannot tell you for why, but when the elf rogue shouts “Look out, it’s dripping!” I knew I had to play this game. 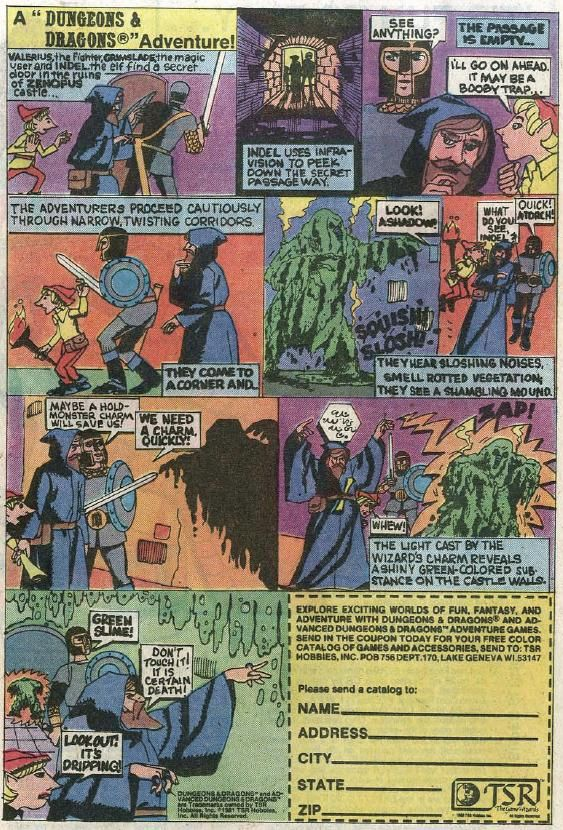 I got the “Red Box” Basic set for my next birthday, and never looked back. I’ve played or run every edition of D&D since, as well as many many other systems.

Oh, my greatest Geek pride (as it says in my bio): back when Wizards of the Coast had the Star Wars license and were running the Living Force campaign for convention play, I got to write seven modules for the campaign, meaning someone somewhere at Lucasfilm (probably an intern) read something I wrote in the Star Wars universe and said “OK”. Meaning that, until Disney bought Star Wars, I was briefly, obscurely, canon.

Anyway, this answer is far too long. Suffice to say I’m almost always the DM these days, which I love, but my rare chances to play are solid gold for me.

That sounds like my husband. He always ends up being a DM. After a less-than -successful attempt on my part several years ago ( I failed to communicate to my players exactly what kind of campaign I was trying to run, which did not go well), I’m still working up my courage to try again. I might give it another go in a decade or so.

As DM, do you feel like your writing affects how you tell the story? Did your experience with gaming play into your writing at all?

Interesting question. Firstly, I think over time I’ve come to realise that my writing and my DMing, at least for home brew things, come from a very similar place, creatively. I’ve found the more I’m writing, the less I have in the tank for coming up with my own worlds and plotlines for games. And vice versa. As a result, since taking my writing more seriously, I’ve tended to stick to prewritten adventures. Perhaps not as engaging as creating my own world, but still a lot of fun.

I’d say my experience gaming has absolutely everything to do with my writing. I’ve always been a writer, always been a storyteller, for as long as I can remember, but for the best part of four decades, I honed my skills as a storyteller on all my many players. Sometimes triumphantly, sometimes not. When I started writing professionally, I had all of that foundation to build on. A sense of how much foreshadowing is too much. A sense of when the story needs a kick from an action beat. Why world building is important and how too much can be a distraction and suck the pace out of a scene. All of my instinct for that comes from my gaming. (Also reading so very very much in my youth).

That said, I have a D&D campaign world that I’ve run different groups in for…. Wow, is it twenty years now? … There’s a story to be told there, there’s a novel, possibly a trilogy in it. But actually writing the book of the campaign(s)… I’ve tried starting a few times but so far it has totally stumped me.

Wow, twenty years is a huge accomplishment! I bet the world development for that campaign is incredible. Do the characters being played change as the players do, or does each player bring a new facet to the same characters?

Most of the active world building happened for the first campaign — that was a lot — and the original sequel campaign. Those campaigns had the same players, playing different characters two decades apart in the campaign timeline. Since then, I’ve run three variations on the original campaign, always with different characters, always bringing new wrinkles to the way the world works. New characters bring new focus, it’s interesting to see NPCs (non-player characters) who were hugely significant in the original run fading into the background or  taking very different actions and suffering very different fates in later playthroughs. By the same token, NPCs who barely got a name in the original version get the spotlight in later runs.

The most recent version of the campaign fell apart at about the time the pandemic hit. I’ve since decided it’s time to retire that campaign world and start something fresh. Though in this campaign, I’m trying to be a little more improvisational about it all, because I don’t want it to suck the energy out of my writing.

If anyone is super interested, you can get a hint of what some of the setting was like in my short story Virtue’s Blade in the Inklings Press anthology Tales of Magic and Destiny. It’s a new story not taken directly from any specific adventure in that world, but does give a flavour of some of the world building for that campaign. (Or listen to me read it on my podcast here: Episode 39: Virtue’s Pirate · StorycastRob (spotify.com))

You mentioned using your time as DM (Dungeon Master, for those who aren’t familiar with the lingo) to hone your storytelling skills, and how that helped with pacing and foreshadowing. One thing I really enjoyed about The Ascension Machine was that the pacing was never too rushed, nor was it too slow. Your practice definitely made perfect!

I hope this isn’t too much of a spoiler, but Grey was an interesting character in that, while he was conning everyone, at his heart he had a strong moral compass. Is that sort of “alignment” your go-to when gaming? And dovetailing off of that, do you have a favorite character class? Or do you prefer to shake things up when creating your own character (obviously, prewritten adventures are a little different)?

Oh yeah. I know people can get very excited by evil campaigns or characters, but they don’t really interest me. I’m always the good guy in games as a player, if I ever feel the urge to be evil, I have my DMing for that!

As for character classes, I like my characters to be skilled and versatile. They don’t need to be The Best, but I do prefer competence. In pursuit of it, I’ve dabbled in just about every class over the years, but my big go-tos are Sorcerer, Fighter, Bard. My least travelled are probably Druid and Cleric. My current obsession is Artificer, and I think I might actually get to play one soon.

Grey in The Ascension Machine could absolutely be one of my characters in a game. I’ve played plenty of rogues, swindlers and con artists in all sorts of settings, from Jack “Ace” King, a gambler in a Wild West game, to Agent Duchess, my Spycraft “Face” character. In The Ascension Machine, Grey’s plan on Bantus (no details, read the book!) was basically something I pulled in-character for a D&D game one time.

I am almost obsessively honest in the real world, so these characters are pure escapism!

Ah, you claim you’re obsessively honest. Perhaps that is what a dishonest person would say? 😉 I must say, I’ve never played an artificer. I bet it would be a blast, though. What would you say to someone who is curious about playing ttrpgs, but has never played before?

Give it a go! The hobby isn’t for everyone, but the only way to find out if it’s for you is to try it for yourself. Oh there are plenty of YouTube shows and let’s plays out there that you can watch to get a sense of how things work (Including our own DragonLance play, right Jodie?) but really you have to play it to be sure. Just, try and find a good DM, they really do make all the difference. If someone is asking me, I might well offer to run a session, if we can find some more players.

But if you’re asking how would I describe ttrpgs to somebody…? The grand description is that it’s cooperative improvised storytelling (with dice). It’s “Let’s Pretend” for grown-ups and kids  (with dice).

Any other description can be contradicted (and even the dice thing, one of my favourite games is Amber, a diceless system based on Roger Zelazny’s books).

Because, yes, it can be an epic tale of heroes battling monsters, saving the world and getting loot (with dice), if that’s the story your group wants to tell. But it could equally be a disturbing tale of standing against unspeakable horrors where only madness and death awaits (with dice), or a political intrigue with backstabbing (and dice), or… whatever else you need it to be.

It is such a versatile hobby. As long as you can find a group of people who want to tell the same kind of story you do, it can be whatever you want it to be. Usually with dice.

Rob Edwards is a British born writer and content creator, living in Finland. His podcast, StorycastRob, features readings from his short stories and extracts from longer work. He writes about coffee, despite not drinking it, spaceships, despite being down-to-earth, and superheroes, despite everything

His debut novel, The Ascension Machine was published in 2020. His short stories can be found in anthologies from Inklings Press and Rivenstone Press.

A life-long gamer and self-professed geek, he is proud of his entry on wookieepedia, the result of writing several Star Wars RPG scenarios in his youth.

Check out his Podcast: http://storycastrob.co.uk/

3 thoughts on “The D&D Connection: Authors and TTRPGs- Rob Edwards”