I’m a huge fan of morally gray, roguish characters, so Rogues seemed like it would be right up my alley. While there were a couple of stories that I didn’t quite love, it was an excellent collection of stories overall, and the two that I didn’t love were easily overshadowed by the rest of the tales.

With this group of authors, there were a few usual suspects that I knew I’d love, and also some that really surprised me. Doubly great is the variety of rogues present in this collection. While there were a couple of the stereotypical thieves and ne’er-do-wells (not that there’s anything wrong with that), the term “rogue” was creatively explored. No one story was like another, which was awesome.

“Tough Times All Over” by Joe Abercrombie started things off magnificently with a game of “button, button, who’s got the button” that just happened to include a fair amount of violence. It was a snappy, engaging story that ended at just the right time.

I’m not normally a big fan of Gillian Flynn, so I was pleasantly surprised by how much I enjoyed “What Do You Do?”, in which the reader is left to wonder who is conning whom in a case of possible possession.

Both Neil Gaiman and Patrick Rothfuss had fantastic stories. No one can match Gaiman for creativity, and Rothfuss once again showed his excellent writing chops. I would have liked a little more ambition from Rothfuss since he was writing about Bast (I want answers and details, dang it!), but his writing style immediately sucked me in.

My favorite story in the collection, though, was “Bad Brass” by Bradley Denton. I don’t think I’ve read any of Denton’s books before, but I loved the idea of a tuba heist, fraught with double crosses and surprise appearances. It was so much fun!

In fact, there were only two stories that I didn’t enjoy, and one of them I didn’t expect to. I’m not the world’s biggest George R.R. Martin fan, but people who have enjoyed his series will be more than happy with his offering here.

This is an excellent collection of stories, chock full of all the things that make rogues so much fun. I suggest this for fans of morally gray characters, or anyone who is looking for an engaging palette cleanser after a heavy read. 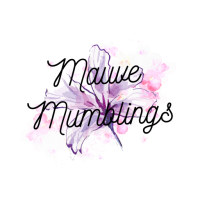