This year, I want to talk about some of the many types of fantasy you can find (I have a post about fantasy subgenres which can be found here). I think when people hear “fantasy”, their mind immediately goes to serious epics with swords, magic, and dragons. While I happen to love all of those things, there are many ways to tell a story. This week’s focus has been on grimdark, that subgenre with morally complicated characters and often gritty worlds.

Below is a (far from complete) list of grimdark authors worth reading. I’ve also collected the guest posts from throughout the week, in case there are any that have been missed. I’m grateful to all the writers who were kind enough to share their opinions during this week!

Steven Erikson- Gardens of the Moon

George R.R. Martin- A Song of Ice and Fire

Krystle Matar- Legacy of the Brightwash

Holly Tinsley- We Men of Ash and Shadow

Brent Weeks- The Way of Shadows 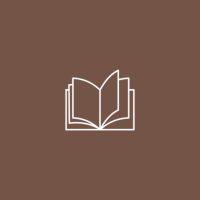