I am beyond excited to share the cover of The Hero Interviews, a book that had me laughing out loud. Perfect for fans of Dungeons and Dragons or lovers of fantasy in general, The Hero Interviews pokes loving fun at all things fantasy. To say that I loved it would be an understatement.

So, what is The Hero Interviews about? I’ll let author Andi Ewington explain more.

Heroes…you can’t swing a cat without hitting one. You can’t even hatch a nefarious plan without some adventuring party invading your dungeon to thwart you. So, it stands to reason they’re a force for good-right?

Well- yes and no. The Hero Interviews is a departure from the usual swords and sorcery yarn- It’s a sometimes gritty, sometimes amusing but completely bonkers look at the realm of heroes.

We are following in the footsteps of Elburn Barr, a Loremaster who has turned his back on his family’s tradition of adventuring and instead decided to write a journal about heroes and everything associated with them. Readers are treated to 45 transcribed interviews with heroes, guild masters, merchants, witnesses and villains. Each interview connects- leaving a breadcrumb trail of clues that, when stitched together, reveal a bigger truth about the realm of heroes (and get to the bottom of his adventuring brother’s mysterious disappearance).

The incredible cover is created the extremely talented artist, Conor Nolan. Are you ready to see the amazing cover? Here it is!

Andi Ewington is a writer who has written numerous titles beyondThe Hero Interviews, including Campaigns & Companions, Forty-Five45, S6X, Sunflower, Red Dog, Dark Souls II, Just Cause 3, Freeway Fighter, and Vikings. Andi lives in Surrey, England with his wife, two children and a plethora of childhood RPGs and ‘Choose Your Own Adventure’ gamebooks he refuses to part with. He’s usually found on Twitter as @AndiEwington.

4 thoughts on “Cover Reveal- The Hero Interviews by Andi Ewington” 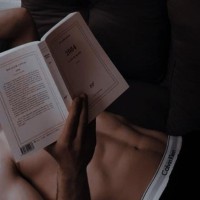 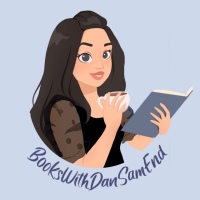