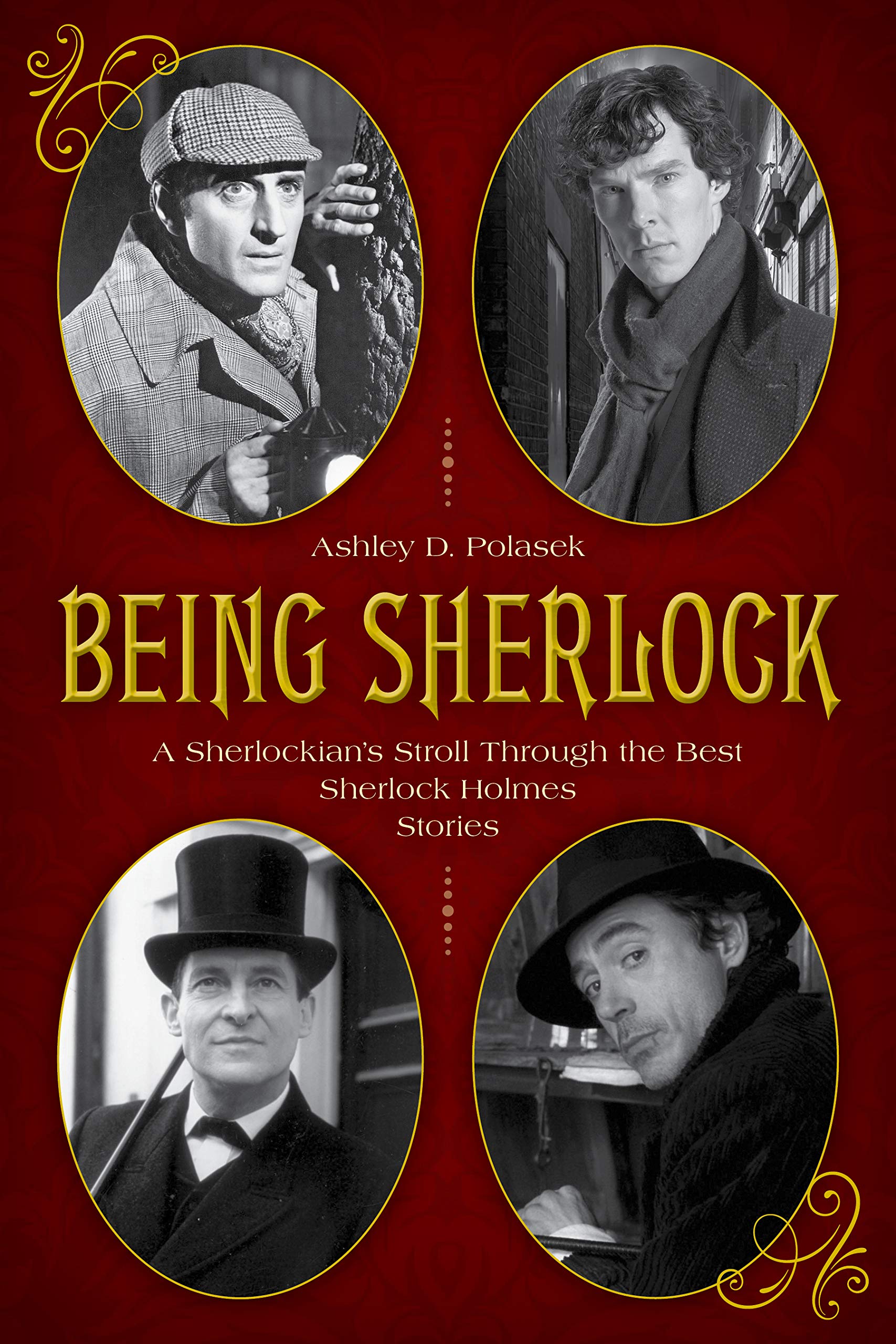 Being Sherlock shares the best collection of Sherlock Holmes stories fans have never had, until now. Shared by Sherlockian Ashley D. Polasek, she nimbly sets the stage for each story and shares interesting Sherlockian tidbits about the incredible evolution of this iconic character. Famous former and current Sherlocks include: William Gillette, Basil Rathbone, Christopher Lee, John Cleese, Robert Downey Jr., Sir Ian McKellen, and Benedict Cumberbatch among others. Featuring lesser-known photography and behind the scene shots, this book is for every Sherlock Holmes fan bookshelf. Unlike other Sherlockian guides, this book attempts to answer why the Sherlock narrative is so popular and decree the best and worst representations. (taken from Amazon)

I received this book from Netgalley in exchange for my honest opinion. This will be available on October first.

For those who don’t have the dubious pleasure of knowing me personally, let me say: I love Sherlock Holmes. I have read the Complete Sherlock Holmes multiple times. I’ve  enjoyed many different works in the Holmes pastiche, including (but not limited to) Mycroft Holmes by Kareem Abdul-Jabaar and Anna Waterhouse, the Charlotte Holmes books by Brittany Cavallaro, and The Improbable Adventures of Sherlock Holmes.

This book is a superb addition to the list of Sherlockian books. It added a new angle to the lore and many iterations of Conan Doyle’s famous detective that have sprung from his original works.

I loved the addition of the photos and the author’s viewpoints, as well as her reasoning behind what she included in the book. She points out aspects of Conan Doyle’s writing that I’ve taken for granted up until now. It’s given me an even greater appreciation of the genius of his writing.

My only suggestion would be to read the full original works before picking up this book, simply because it will cause you to appreciate this introspective stroll through Sherlock even more. If you love Holmes, this book is for you.