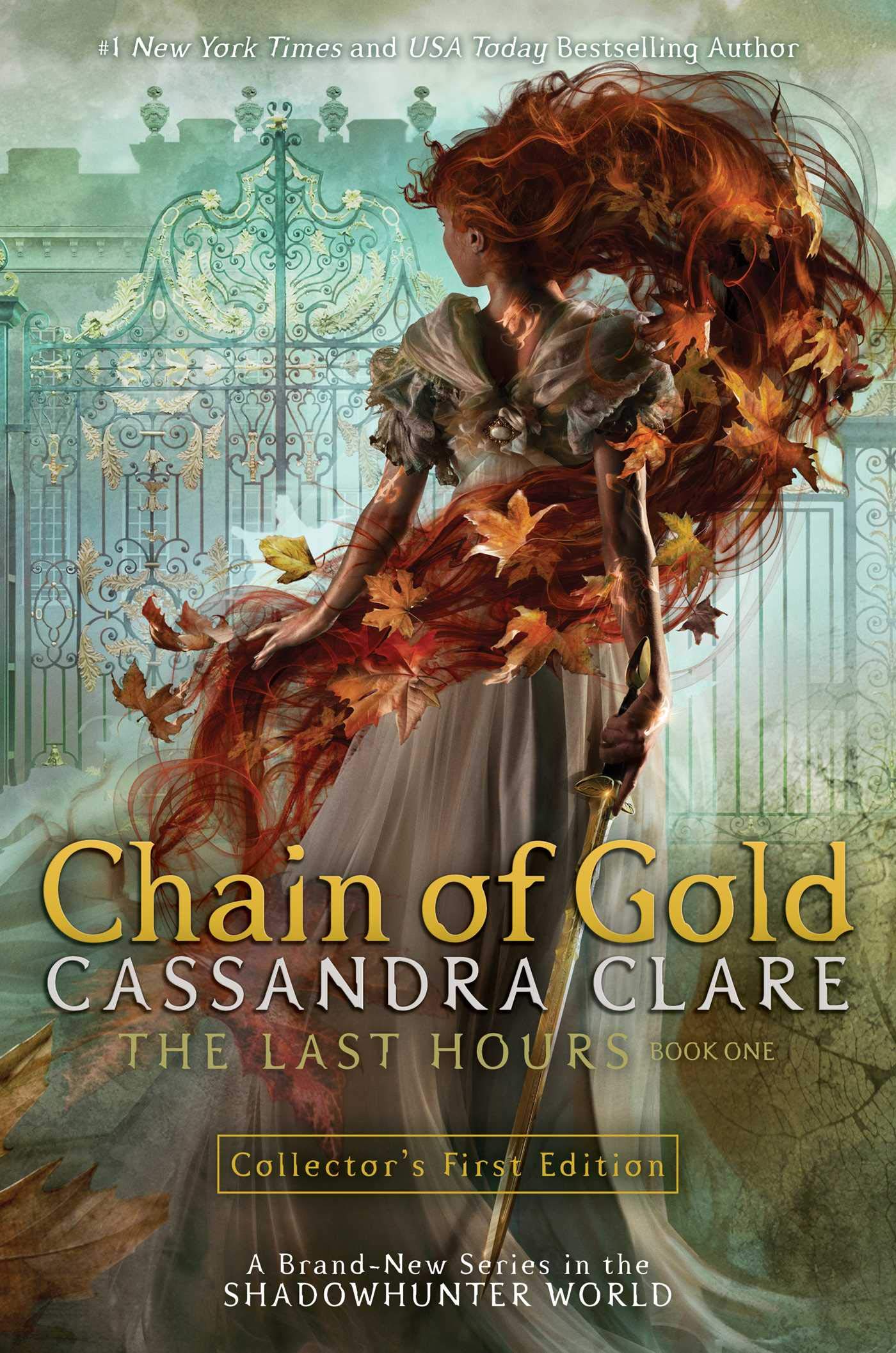 Cordelia Carstairs is a Shadowhunter, a warrior trained since childhood to battle demons. When her father is accused of a terrible crime, she and her brother travel to London in hopes of preventing the family’s ruin. Cordelia’s mother wants to marry her off, but Cordelia is determined to be a hero rather than a bride. Soon Cordelia encounters childhood friends James and Lucie Herondale and is drawn into their world of glittering ballrooms, secret assignations, and supernatural salons, where vampires and warlocks mingle with mermaids and magicians. All the while, she must hide her secret love for James, who is sworn to marry someone else.

But Cordelia’s new life is blown apart when a shocking series of demon attacks devastate London. These monsters are nothing like those Shadowhunters have fought before—these demons walk in daylight, strike down the unwary with incurable poison, and seem impossible to kill. London is immediately quarantined. Trapped in the city, Cordelia and her friends discover that their own connection to a dark legacy has gifted them with incredible powers—and forced a brutal choice that will reveal the true cruel price of being a hero. (taken from Amazon)

Here’s the weird thing: the Shadowhunter books have everything I hate in a book. Annoying love triangles (or octagons)? Check. Constant clothing descriptions? Check. Angst coming out of the wazoo? Double check. So, why on earth are these books my guilty pleasure (except for Queen of Air and Darkness. That was an unmitigated disaster)? Two reasons: the universe Cassandra Clare has created, and Magnus Bane. Now that we’ve gotten that figured out, let’s move on to my actual review, shall we?

I was incredibly nervous about this book after reading Queen of Air and Darkness. Thankfully, I was able to breathe a sigh of relief. Cassandra was back in form for this book, and it worked very very well. There wasn’t anything earth shattering in terms of plot: there’s still angst, misunderstood and unrequited love, and brooding galore, but the sense of fun in previous books was back. There were many more fight scenes, which I loved. I enjoyed seeing the creativity used to describe some of the demons, and the seraph blades were in use again, which was something I’d been missing lately.

The characters were all a blast, although two stood out to me: Lucie, a spunky Shadowhunter who writes truly terrible fiction in her spare time; and Matthew, a ne’er do well with a sardonic sense of humor and hidden depth. The book centers around Cordelia, who has traveled from Idris with her mom and brother, in an attempt to ingratiate herself into London Society, the end goal being to help her dad who has been accused of a grievous crime. Of course, all chaos breaks loose, and the next thing you know, demons are running amok. There’s also a mysterious illness that is striking down Shadowhunters.

Cordelia, Lucie, and Matthew are joined by their friends, jokingly known as the Merry Thieves, as they try to do what the Clave can’t: save their friends. The storyline was a lot of fun because there was a bit of a mystery thrown in. I also enjoyed the Merry Thieves and their camaraderie. It felt very genuine. The James-Cordelia- Grace love triangle annoyed me, as love triangles always do. It wasn’t as bad as it’s been in the last few books, however; there was more to the book than just angst, which was fabulous.

Magnus made a short appearance, which I loved. The book is fast-paced, and once again the world itself is a load of fun. For those of you who haven’t read any of Cassandra Clare’s books, think Buffy with tattoos, and you’re close. I always enjoy seeing the vampires, fae, warlocks, Silent Brothers, and more that show up.

There were some things that I didn’t love, aside from the angst I’ve already talked about. Anna, for example. I wanted to love her, but the author had her constantly winking. It was weird. In every single one of her scenes, she “dropped a wink.” I ended up imagining a constant eye twitch. It made what could have been an awesome character fall a little flat.

I also didn’t love Tatiana, mainly because I wanted a more three dimensional character than what was written. There’s still time for development for her, though, so we’ll see.

All in all, I found Chain of Gold to be a blast to read. I’m looking forward to Cassandra Clare’s next book, something I wasn’t sure would happen again. Yay!