My pre-kindergarten child has different interests than an average youngster. He prefers nonfiction books to fiction, and generally chooses adult books about historical figures when at the library. Obviously, this makes working on his reading skills a little difficult (he can read words like “constitution” and “liberty” on sight, but struggles with “form” vs. “from”, for example, and the font is quite a bit smaller in adult books). I would never tell him not to read the books that interest him, but I am also trying to push a picture book or easy reader here and there. Here are a few picture books that caught his attention this month!

Nobody Likes a Goblin by Ben Hatke

Nobody Likes a Goblin is adorable. It was a win for my youngest, and I enjoyed it too. The imagination of the storyline, combined with the charming illustrations, kept him entertained. He happily read it to his dad and then to me afterward. The text is simple enough that an early reader can sound out the words and grow their vocabulary, which is a major plus. Nobody Likes a Goblin was a great choice for this geeky household.

This one had mixed reactions. My youngest enjoyed the pictures, but seemed a little less interested in the story itself. The way some of the text was set up confused him, as far as which part he should read first. He did laugh at some of the shenanigans that ensued, though. Personally, I was happy that he only wanted to read it once. It was cute, but I felt it was a little abrupt in its ending.

Mustache Duckstache was just plain cute. There’s a facial hair competition between a bunch of animals (because why not?), with moostaches and duckstaches galore. There wasn’t a lot in the way of wording, so my youngest didn’t get much reading practice in, but so what? He thoroughly enjoyed the book, which I think makes it a win.

One of the many titles in the hilarious and adorable Pigeon series, my youngest and I had a great time cuddling up and reading this together. The words are simple, and the story is funny. One thing that I love about this is that it teaches about exclamation marks vs. other punctuation without being obnoxious about it. My youngest loved yelling the parts that were bolded with exclamation marks added. He’s developing his own “reader voice”, which is a blast to hear.

I have fond memories of Go, Dog, Go! from my own childhood. Watching my youngest read it was a lot of fun. There aren’t too many new words presented at once, and the vocabulary used is repeated several times throughout the book, helping those sight words stick. The illustrations are fun, and my youngest has read this many times.

It’s exciting to see my youngest mixing it up a little, and reading both nonfiction and fiction. I’m curious to see what catches his eye next. Have you read any of these with your children? What are some of their favorites?

Despite 2020 being the year that just won’t end, we’re coming up on “that time of year.” I like to give my kids at least one book for Christmas each year, so last year I posted a little list of suggestions (you can find that post here ). Here are some of my family’s picture book winners for this year, ones that are sure to make little readers happy.

So, if you didn’t already know that I’m a major nerd, this will definitely give it away. These books are so much fun and I – ahem, my kid-loves them. If you look closely, you’ll find an homage to a certain red wizard hidden in one of the pages of The 1,2,3s of D&D. These books are great for little learners with big imaginations.

I’m Afraid Your Teddy is in Trouble Today by Jancee Dunn, Illustrated by Scott Nash

This adorable book is about a naughty stuffed bear and the shenanigans he gets up to with his stuffed buddies. The pictures are bright and engaging and give little ones so much to talk about. There’s no overtly-forced rhyme scheme, which is a huge plus for me. This book is a popular one in our house, and for good reason.

100 Inventions that Made History:Brilliant Breakthroughs that Shaped Our World

My five year old marches to the beat of his own drum. Not only that, he wants to know who invented the drum, when they invented it, and why. He just really enjoys nonfiction and this series of books is great. It gives a lot of really interesting information in a way that is accessible. I actually originally bought this book for my older child to use in school. My youngest has adopted it and looks at it constantly.

You are My Work of Art by Sue DiCicco

I love this book so, so much! This is a great cuddling- before- bed read. Each illustration shows a child with a sweet rhyme, but when you lift a flap, there’s a famous painting, along with information about it. It’s such a wonderful way to introduce kids to art! When my youngest outgrows it, I’ll probably save it in case he has kids some day. (Please ignore my horrible photography skills.)

My husband actually bought this one for me because I collect all things dragon-related (I also have quite the collection of fairy tales, and this sort of fits in). Not only does the princess save the prince in this one, she decides she’s better off without him (he’s a shallow jerk). The ending is hilarious and the pictures add to the fun. This has become a family favorite.

So, there you have it: some books that I think would make great gifts. Are you planning on gifting any children’s books this year? What are some you’d recommend? You can find these great books, and more at Bookshop.org , which supports indie bookstores instead of Amazon. That’s pretty nifty. I’ll also get a little kickback at no extra cost to you, if you use my link (above).

Did you know that the second week in November is National Young Readers Week in the U.S.? This is a week to encourage and promote the love of literature in young readers. While mainly celebrated in public schools, I think all of us everywhere should get in on the fun. I’m a homeschool parent (going on seven years of homeschooling!), so my “classroom” looks a little different. Here are some ways that I encourage my young readers:

Book It! Program – This has been around since I was young and it’s as much fun now as it was then. Basically, you sign your kid up and give them a reading goal based on age or skill level. When that goal is reached, Pizza Hut provides the child with a certificate for a one-topping personal pan pizza. Yum!

Lego Magazine– I believe that this is only available in the U.S. and Canada (please correct me if I’m wrong). My kids love getting mail and this magazine, while in essence a long advertisement, still has little comics and such whatnot for young kids to read.

Origami Yoda– My oldest loves the Origami Yoda books by Tom Angleberger. They’re a blast to read. After reading them, have your kids check out the Origami Yoda website for free origami instructions. They can make their own origami Star Wars characters, and (with parental supervision) even create and submit their own foldable fun on the site. Warning: you will go through a ridiculous amount of paper while your kids fold away.

Lunch Doodle with Mo Willems– If you have a little reader, you’re probably familiar with the Pigeon books by Mo Willems. If not, you definitely need to fix that. They’re a blast! Well, author Mo Willems has a delightful YouTube channel which he started back in March when the U.S went on Quarantine lockdown. It is just a fun, calm way to encourage kids to get creating along with Mo Willems. There is also an email address where kids can send their own doodles.

I think it’s important to encourage reading of any kind. Yes, I mean that comics are just as valid as picture books, or even The Great American Novel. Reading is reading. If it excites your kid, then there’s a bigger chance they’ll keep reading. What are some great free reading resources for kids that I’ve missed? Are you doing anything special with your littles to spark a love of reading? 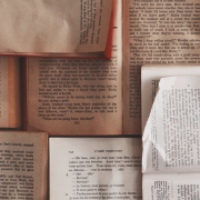 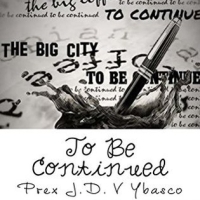 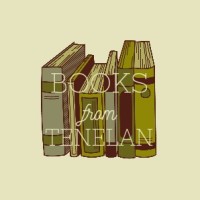