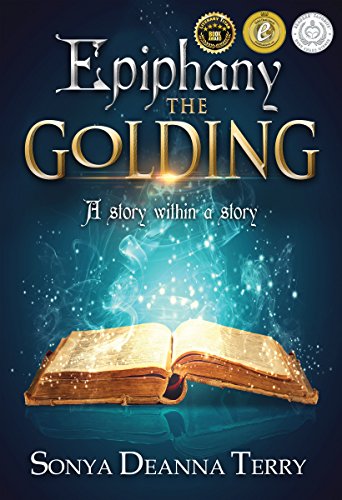 It is midnight, and you are sleeping.
I am here at the table with a candle at my elbow, penning the most difficult letter I have ever had to write.
They are coming for me. Samuel Withers saw them in the village…

ENGLAND 1767
Edward Lillibridge is writing a farewell letter to his son. The controversial author faces trial for heresy after revealing, in a book, the true beginnings of money.

FAST-FORWARD TO 2008
…six months before the Global Financial Crisis rocks the economy. Lillibridge’s Our True Ancient History, published under the guise of fiction, is out-of print, available only at antiquarian bookshops and largely overlooked.
Until now.

Rosetta Melki, an idealist whose hope of starting a worldwide charity has been crushed by her sole-parent struggles, is enchanted by Our True Ancient History. Lillibridge’s tale about a gold-obsessed kingdom (and the sprites they enslave: elfin clan dwellers whose currency of choice is kindness) has ignited a memory Rosetta cannot explain.

Rosettta’s website surrounding the reading group she’s begun with friends has inspired the emergence of other Lillibridge book clubs. Her own Sydney group meets fortnightly at a vintage bungalow, the rental home she secured to escape a gruesome intruder.

In a more affluent part of Sydney, finance executive Matthew Weissler (polished, successful, admired) has been questioning his slave-to-the-dollar existence and his marriage to a tantrum-throwing shopaholic. And now he’s questioning his sanity after finding he’s been followed by an elf.

Rosetta’s intruder still lurks in the shadows, but who could the stranger be? A prowler from the suburb Rosetta and her teenaged daughter fled…or a traveller from the past, determined to suppress an ancient memory that will change the world forever? (taken from Amazon)

It’s not you, it’s me. You are wonderful, with a unique and intriguing premise. You’re well written, and your storyline is very complex. You’re just not what I need right now.

I did read you cover to cover. I don’t know; maybe I was hoping you’d share your secrets sooner, or that I’d be drawn in. I kept finding my head turning at other books, though, which just isn’t fair to you. You deserve more than that.

You deserve a reader who is sucked in and fascinated, not someone who was confused by large parts of your writing. I honestly didn’t love your hippie new-agey romance, and I found you to be a heavy read.

Maybe it’s just not the right time for us. Maybe we should consider this a break and I’ll try again in a few months or so. I think you need what I can’t give: a reader who has uninterrupted time to devote to you, not someone who is also busy with family and homeschooling.

I wish you the very best, Epiphany- The Golding. I know there are readers out there who will love you. I just can’t be that reader right now. I hope you understand.

In all seriousness, though, give this book a try. It really is just a matter of the book not fitting the reader.